Researchers have found a possible new source of rare earth elements — phosphate rock waste — and an environmentally friendly way to get them out, according to a study published in the Journal of Chemical Thermodynamics.

The approach could benefit clean energy technology, according to researchers at Rutgers University-New Brunswick and other members of the Critical Materials Institute, a U.S. Department of Energy effort aimed at bolstering U.S. supply chains for materials important to clean energy.

Rare earth elements like neodymium and dysprosium are essential for technologies such as solar and wind energy and advanced vehicles, along with modern electronics like smartphones. But a shortage of rare earth element production in the United States puts our energy security at risk. China produces roughly 90 percent of all such elements.

Recovering them from phosphogypsum — waste from phosphoric acid production — is a potential solution. Each year, an estimated 250 million tons of phosphate rock are mined to produce phosphoric acid for fertilizers. The U.S. mined approximately 28 million metric tons in 2017. Rare earth elements generally amount to less than 0.1 percent in phosphate rock. But worldwide, about 100,000 tons of these elements per year end up in phosphogypsum waste. That’s almost as much as the approximately 126,000 tons of rare earth oxides produced worldwide each year.

Conventional methods to extract rare earth elements from ores generate millions of tons of toxic and acidic pollutants. But instead of using harsh chemicals to extract the elements, another method might use organic acids produced by bacteria, said Paul J. Antonick and Zhichao Hu, co-lead authors of the study. They are members of the thermodynamics team led by senior author Richard E. Riman, a Distinguished Professor in the Department of Materials Science and Engineering in Rutgers’ School of Engineering.

Recommended For You  Top Spots For Gem Hunting In California

The research team explored using mineral and organic acids, including a bio-acid mixture, to extract six rare earth elements (yttrium, cerium, neodymium, samarium, europium and ytterbium) from synthetic phosphogypsum. Scientists led by David Reed at Idaho National Laboratory produced the bio-acid mixture — consisting primarily of gluconic acid, found naturally in fruits and honey — by growing the bacteria Gluconobacter oxydans on glucose. The results suggest that the bio-acid did a better job extracting rare earth elements than pure gluconic acid at the same pH (2.1), or degree of acidity. The mineral acids (sulfuric and phosphoric) failed to extract any rare earth elements in that scenario. When the four acids were tested at the same concentration, only sulfuric acid was more effective than the bio-acid.

A next step would be to test bio-acid on industrial phosphogypsum and other wastes generated during phosphoric acid production that also contain rare earth elements. For their initial study, the researchers evaluated phosphogypsum made in the lab, so they could easily control its composition. Industrial samples are more complex. 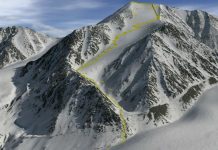 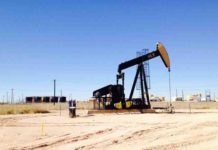 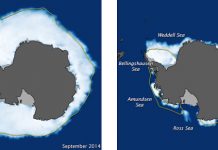