What are Rare earth elements?

Despite their name, rare earth elements are – with the exception of the radioactive promethium – relatively plentiful in Earth’s crust, with cerium being the 25th most abundant element at 68 parts per million, or as abundant as copper. However, because of their geochemical properties, rare earth elements are typically dispersed and not often found concentrated as rare earth minerals in economically exploitable ore deposits. It was the very scarcity of these minerals (previously called “earths”) that led to the term “rare earth”. The first such mineral discovered was gadolinite, a mineral composed of cerium, yttrium, iron, silicon and other elements. This mineral was extracted from a mine in the village of Ytterby in Sweden; four of the rare earth elements bear names derived from this single location.

Rare earth elements became known to the world with the discovery of the black mineral “Ytterbite” (renamed to Gadolinite in 1800) by Lieutenant Carl Axel Arrhenius in 1787, at a quarry in the village of Ytterby, Sweden.

Arrhenius’s “ytterbite” reached Johan Gadolin, a Royal Academy of Turku professor, and his analysis yielded an unknown oxide (earth) that he called yttria. Anders Gustav Ekeberg isolated beryllium from the gadolinite but failed to recognize other elements that the ore contained. After this discovery in 1794 a mineral from Bastnäs near Riddarhyttan, Sweden, which was believed to be an iron–tungsten mineral, was re-examined by Jöns Jacob Berzelius and Wilhelm Hisinger. In 1803 they obtained a white oxide and called it ceria. Martin Heinrich Klaproth independently discovered the same oxide and called it ochroia.

Thus by 1803 there were two known rare earth elements, yttrium and cerium, although it took another 30 years for researchers to determine that other elements were contained in the two ores ceria and yttria (the similarity of the rare earth metals’ chemical properties made their separation difficult).

In 1839 Carl Gustav Mosander, an assistant of Berzelius, separated ceria by heating the nitrate and dissolving the product in nitric acid. He called the oxide of the soluble salt lanthana. It took him three more years to separate the lanthana further into didymia and pure lanthana. Didymia, although not further separable by Mosander’s techniques, was a mixture of oxides.

In 1842 Mosander also separated the yttria into three oxides: pure yttria, terbia and erbia (all the names are derived from the town name “Ytterby”). The earth giving pink salts he called terbium; the one that yielded yellow peroxide he called erbium.

So in 1842 the number of known rare earth elements had reached six: yttrium, cerium, lanthanum, didymium, erbium and terbium.

Nils Johan Berlin and Marc Delafontaine tried also to separate the crude yttria and found the same substances that Mosander obtained, but Berlin named (1860) the substance giving pink salts erbium and Delafontaine named the substance with the yellow peroxide terbium. This confusion led to several false claims of new elements, such as the mosandrium of J. Lawrence Smith, or the philippium and decipium of Delafontaine.

Rare earth elements, except scandium, are heavier than iron and thus are produced by supernova nucleosynthesis or the s-process in asymptotic giant branch stars. In nature, spontaneous fission of uranium-238 produces trace amounts of radioactive promethium, but most promethium is synthetically produced in nuclear reactors.

Rare earth elements change through time in small quantities (ppm, parts per million), so their proportion can be used for geochronology and dating fossils.

Rare earth cerium is actually the 25th most abundant element in Earth’s crust, having 68 parts per million (about as common as copper). Only the highly unstable and radioactive promethium “rare earth” is quite scarce.

The rare earth elements are often found together. The longest-lived isotope of promethium has a half life of 17.7 years, so the element exists in nature in only negligible amounts (approximately 572 g in the entire Earth’s crust). Promethium is one of the two elements that do not have stable (non-radioactive) isotopes and are followed by (i.e. with higher atomic number) stable elements (the other being technetium).

Due to lanthanide contraction, yttrium, which is trivalent, is of similar ionic size as dysprosium and its lanthanide neighbors. Due to the relatively gradual decrease in ionic size with increasing atomic number, the rare earth elements have always been difficult to separate. Even with eons of geological time, geochemical separation of the lanthanides has only rarely progressed much farther than a broad separation between light versus heavy lanthanides, otherwise known as the cerium and yttrium earths. This geochemical divide is reflected in the first two rare earths that were discovered, yttria in 1794 and ceria in 1803. As originally found, each comprised the entire mixture of the associated earths. Rare earth minerals, as found, usually are dominated by one group or the other, depending on which size range best fits the structural lattice.

Thus, among the anhydrous rare earth phosphates, it is the tetragonal mineral xenotime that incorporates yttrium and the yttrium earths, whereas the monoclinic monazite phase incorporates cerium and the cerium earths preferentially. The smaller size of the yttrium group allows it a greater solid solubility in the rock-forming minerals that comprise Earth’s mantle, and thus yttrium and the yttrium earths show less enrichment in Earth’s crust relative to chondritic abundance, than does cerium and the cerium earths. This has economic consequences: large ore bodies of the cerium earths are known around the world, and are being exploited. Corresponding orebodies for yttrium tend to be rarer, smaller, and less concentrated. Most of the current supply of yttrium originates in the “ion absorption clay” ores of Southern China. Some versions provide concentrates containing about 65% yttrium oxide, with the heavy lanthanides being present in ratios reflecting the Oddo-Harkins rule: even-numbered heavy lanthanides at abundances of about 5% each, and odd-numbered lanthanides at abundances of about 1% each. Similar compositions are found in xenotime or gadolinite.

Well-known minerals containing yttrium include gadolinite, xenotime, samarskite, euxenite, fergusonite, yttrotantalite, yttrotungstite, yttrofluorite (a variety of fluorite), thalenite, yttrialite. Small amounts occur in zircon, which derives its typical yellow fluorescence from some of the accompanying heavy lanthanides. The zirconium mineral eudialyte, such as is found in southern Greenland, contains small but potentially useful amounts of yttrium. Of the above yttrium minerals, most played a part in providing research quantities of lanthanides during the discovery days. Xenotime is occasionally recovered as a byproduct of heavy sand processing, but is not as abundant as the similarly recovered monazite (which typically contains a few percent of yttrium). Uranium ores from Ontario have occasionally yielded yttrium as a byproduct.

In 2011, Yasuhiro Kato, a geologist at the University of Tokyo who led a study of Pacific Ocean seabed mud, published results indicating the mud could hold rich concentrations of rare earth minerals. The deposits, studied at 78 sites, came from “[h]ot plumes from hydrothermal vents pull[ing] these materials out of seawater and deposit[ing] them on the seafloor, bit by bit, over tens of millions of years. One square patch of metal-rich mud 2.3 kilometers wide might contain enough rare earths to meet most of the global demand for a year, Japanese geologists report July 3 in Nature Geoscience.” “I believe that rare earth resources undersea are much more promising than on-land resources,” said Kato. “[C]oncentrations of rare earths were comparable to those found in clays mined in China. Some deposits contained twice as much heavy rare earths such as dysprosium, a component of magnets in hybrid car motors.”

Until 1948, most of the world’s rare earths were sourced from placer sand deposits in India and Brazil. Through the 1950s, South Africa took the status as the world’s rare earth source, after large veins of rare earth bearing monazite were discovered there. Through the 1960s until the 1980s, the Mountain Pass rare earth mine in California was the leading producer. Today, the Indian and South African deposits still produce some rare earth concentrates, but they are dwarfed by the scale of Chinese production. In 2010, China produced over 95% of the world’s rare earth supply, mostly in Inner Mongolia, although it had only 37% of proven reserves; the latter number has been reported to be only 23% in 2012. All of the world’s heavy rare earths (such as dysprosium) come from Chinese rare earth sources such as the polymetallic Bayan Obo deposit. In 2010, the United States Geological Survey (USGS) released a study that found that the United States had 13 million metric tons of rare earth elements.

New demand has recently strained supply, and there is growing concern that the world may soon face a shortage of the rare earths. In several years from 2009 worldwide demand for rare earth elements is expected to exceed supply by 40,000 tonnes annually unless major new sources are developed.

Rare earth elements are not exchange-traded in the same way that precious (for instance, gold and silver) or non-ferrous metals (such as nickel, tin, copper, and aluminium) are. Instead they are sold on the private market, which makes their prices difficult to monitor and track. The 17 elements are not usually sold in their pure form, but instead are distributed in mixtures of varying purity, e.g. “Neodymium metal ≥ 99%”. As such, pricing can vary based on the quantity and quality required by the end user’s application. 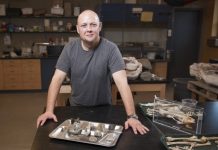 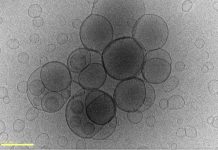