Scientists at The University of Manchester and the University of Bristol have used powerful X-rays to peer inside the skeletons of some of our oldest vertebrate relatives, solving a 160-year-old mystery about the origin of our skeletons.

Living vertebrates have skeletons built from four different tissue types: bone and cartilage (the main tissues that human skeletons are made from), and dentine and enamel (the tissues from which our teeth are constructed). These tissues are unique because they become mineralised as they develop, giving the skeleton strength and rigidity.

Evidence for the early evolution of our skeletons can be found in a group of fossil fishes called heterostracans, which lived over 400 million years ago. These fishes include some of the oldest vertebrates with a mineralised skeleton that have ever been discovered. Exactly what tissue heterostracan skeletons were made from has long puzzled scientists.

Now a team of researchers from the University of Manchester, the University of Bristol and the Paul Scherrer Institute in Switzerland have taken a detailed look inside heterostracan skeletons using Synchrotron Tomography: a special type of CT scanning using very high energy X-rays produced by a particle accelerator. Using this technique, the team have identified this mystery tissue.

Lead researcher Dr Joseph Keating, from Manchester’s School of Earth of Environmental Scientists, explained: “Heterostracan skeletons are made of a really strange tissue called ‘aspidin’. It is crisscrossed by tiny tubes and does not closely resemble any of the tissues found in vertebrates today. For a 160 years, scientists have wondered if aspidin is a transitional stage in the evolution of mineralised tissues.”

The results of this study, published in Nature Ecology and Evolution, show that the tiny tubes are voids that originally housed fibre-bundles of collagen, a type of protein found in your skin and bones.

These findings enabled Dr Keating to rule out all but one hypothesis for the tissue’s identity: aspidin is the earliest evidence of bone in the fossil record.

Co-author, Professor Phil Donoghue from the University of Bristol concludes: “These findings change our view on the evolution of the skeleton. Aspidin was once thought to be the precursor of vertebrate mineralised tissues. We show that it is, in fact, a type of bone, and that all these tissues must have evolved millions of years earlier.” 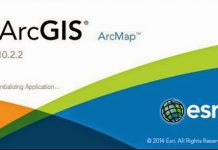 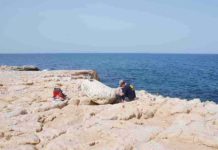 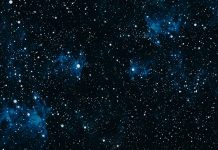 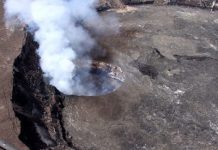