Whether it started with exhibits at the Natural History Museum or fun-terrified screams watching Jurassic Park, humans have always been awestruck by dinosaurs.

But little is known about what, if any, role dinosaurs and other large animals like mammoths or elephants play in ecosystem functioning. What would the world be like if they never existed?

Christopher Doughty, faculty member in the School of Informatics, Computing and Cyber Systems at Northern Arizona University, asks that question often. He has been studying large animals for more than 10 years, specifically how these animals have increased the planet’s fertility.

“Theory suggests that large animals are disproportionately important to the spread of fertility across the planet,” Doughty said. “What better way to test this than to compare fertility in the world during the Cretaceous period — where sauropods, the largest herbivores to exist, roamed freely — to the Carboniferous period — a time in Earth’s history before four-legged erbivores evolved.”

During these two periods, plants were buried faster than they could decompose. As a result, coal was formed. Doughty gathered coal samples from mines throughout the U.S. By measuring the coal elemental concentrations, he found elements needed by plants, like phosphorus, were more abundant and much better distributed during the era of the dinosaurs than the Carboniferous. The data also revealed that elements not needed by plants and animals, such as aluminum, showed no difference, suggesting the herbivores contributed to increased global fertility.

According to Doughty, these large animals are important not for the quantity of dung they produce, but for their ability to move long distances across landscapes, effectively mixing the nutrients. By increasing the abundance and distribution of elements like phosphorus, plants grow faster, meaning large herbivores are responsible for producing their own food and contributing to their lush habitats.

But as today’s large animal populations become more in danger of extinction, the environment too is at risk. Simply put, fewer large animals may mean less plant growth.

“This is important for two reasons,” Doughty said. “First, we are rapidly losing our remaining large animals, like forest elephants, and this loss will critically impair the future functioning of these ecosystems by reducing their fertility. Second, combining the idea that large animals are disproportionately important for the spread of nutrients with the natural rule that animal size increases over time, means the planet may have a Gaia-like mechanism of increasing fertility over time. Life makes the planet easier for more life.”

Note: The above post is reprinted from materials provided by Northern Arizona University. Original written by Carly Banks. 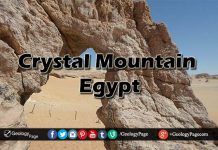 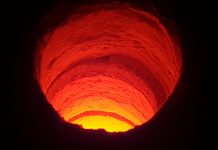 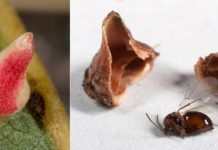