An ancient sink hole in eastern Tennessee holds the clues to an important transitional time in the evolutionary history of snakes. Among the fossilized creatures found there, according to a new paper co-authored by a University of Pennsylvania paleontologist, is a new species of snake that lived 5 million years ago.

Steven Jasinski, lead author of the new study, is a doctoral student in Penn’s Department of Earth and Environmental Science in the School of Arts & Sciences and acting curator of paleontology and geology at the State Museum of Pennsylvania. He is completing his Ph.D. under Peter Dodson, a professor of paleontology in Arts & Sciences and professor of anatomy in the School of Veterinary Medicine at Penn.

The fossils come from the Gray Fossil Site near East Tennessee State University, where Jasinski and co-author David Moscato pursued their master’s degrees.

This study, published in the Journal of Herpetology, involved many hours of close examination of hundreds of dark mineral-stained snake fossils. In the end, the biggest surprise was the discovery of vertebrae that don’t match any known species of snake, living or extinct. The researchers named the new genus and species Zilantophis schuberti.

“Snakes don’t have arms or legs, but they have high numbers of vertebrae,” Jasinski said. “These are often the bones that paleontologists use to identify fossil snakes.”

Zilantophis bore uniquely broad wing-shaped projections on the sides of its vertebrae. In life, these were likely attachment sites for back muscles. These features are what inspired the name of the new genus, derived from Zilant, a winged serpent in Russian mythology.

The species name, schuberti, honors Blaine Schubert, executive director of East Tenneessee State’s Don Sundquist Center of Excellence in Paleontology and advisor to both authors during their studies there. The name roughly translates to “Schubert’s Winged Snake” or “Schubert’s Winged Serpent.”

Zilantophis was a small snake, about 12-16 inches long.

“It’s about as large around as your pointer finger,” said Jasinski. “This animal was probably living in leaf litter, maybe doing a bit of digging and either eating small fish or more likely insects. It was too small to be eating a normal-sized rodent.”

“These snake vertebrae are tiny,” Moscato said. “Before we can study them, they have to be meticulously separated from the sediment and other bones. This work is done by dedicated museum workers, students and volunteers.”

Based on features of its vertebrae, this new species is thought to be most closely related to rat snakes (Pantherophis) and kingsnakes (Lampropeltis), both of which are relatively common in North America today.

At the time that Zilantophis dwelled there, the site was a sinkhole surrounded by forest, attracting a variety of animals. The local fauna included ancient representatives of familiar North American creatures such as bears, beavers and salamanders. Others were more exotic, including unique species of rhinoceros, alligator and the site’s famous red panda.

“This is a time when the world was moving in the direction of a modern climate and modern fauna,” Jasinski said.

The snakes, too, were a mix of familiar and strange. In addition to the new species, there were ancient species of garter snake (Thamnophis), water snake (Nerodia), rat snake (Pantherophis), pine snake (Pituophis) and whip snake (Masticophis), among others. In total, the researchers identified seven different snake genera at the site, many of which are still found in east Tennessee today.

“Back in its day, the Gray Fossil Site was a great environment for living animals to thrive and for dead animals to fossilize,” Moscato said. “This makes for a paleontology goldmine, positively packed with bones.”

This is the first survey of snakes at this fossil site, and it focused specifically on identifying snakes of the family Colubridae, the largest snake family, which includes about two-thirds of all known living snake species.

“The Miocene was a time when the snake fauna of North America was undergoing significant changes,” Jasinski said.

In earlier times, boas, a group known for their robust vertebrae, were widespread and common across northern ecosystems, but as time went on the boas gradually retreated while colubrids, typically smaller than boas, took over. This shift coincided with continent-wide environmental change, including the replacement of forests with grasslands and the spread of small mammals that may have provided a food supply that fueled the expansion of colubrids.

“Zilantophis is part of this period of change,” Jasinski said. “It helps show that colubrids were diversifying at this time, including forms that did not make it to the present day.”

The find and continued investigations in this site help fill in details about the rich biodiversity of an ancient ecosystem as it underwent a shift in climate — details that can inform our understanding of the future as well.

“Snakes are important parts of their ecosystems, both today and in the past,” Jasinski said. “Every fossil helps tell a story, and all those pieces of evidence give scientists a clearer picture of the past, as well as tools to predict how living communities may respond to changes in the future.” 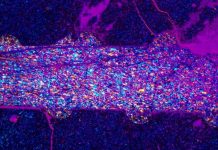 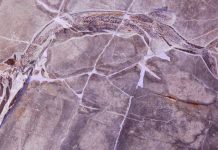 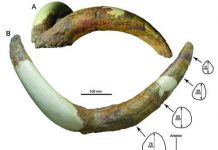