Until now it has been hard to get an accurate idea of the shape of a dinosaur from its fossilised remains, as only their bones are usually preserved. Using a new technique, Dr Michael Pittman from the Department of Earth Sciences, the University of Hong Kong and his collaborators reconstructed the first highly detailed body outline of a feathered dinosaur based on high-definition images of its preserved soft tissues.

This ground breaking work was published in Nature Communications.

Laser-stimulated fluorescence (LSF) is a revolutionary new technique using high power lasers that makes unseen soft tissues preserved alongside the bones, literally “glow in the dark” by fluorescence. The technique developed by collaborator Tom Kaye of the Foundation for Scientific Advancement, scans the fossils with a violet laser in a dark room. The laser “excites” the few skin atoms left in the matrix making them glow, to reveal what the shape of the dinosaur actually looked like. “For the last 20 years we have been amazed by the wondrous feathered dinosaurs of Northeastern China. However, we never thought they would preserve soft tissues so extensively,” said lead author and palaeontologist Dr Michael Pittman.

Dr Pittman and his colleagues examined over 200 specimens of the feathered bird-like dinosaur Anchiornis to find the dozen with special preservation. The quantitative reconstruction shows the contours of the wings, legs and even perfectly preserved foot scales, providing new details that illuminate the origin of birds.

“The detail was so well lit that we could see the texture of the skin,” said Dr Pittman. Anchiornis lived in the late Jurassic period (~160 million years old), close to the time when palaeontologists think birds first appeared. In recovering important soft tissue details of the wing in particular, Dr. Pittman and his colleagues found that the shape of wing was in many ways similar to modern birds, but it also had some seemingly primitive characteristics like feathers arranged more evenly across the wing rather than in distinct rows. These new insights provide crucial information for reconstructing how dinosaurs experimented and eventually achieved flight. The new laser technique brings out hidden details because of the high intensity laser light. The team is already scheduling trips worldwide to fulfill requests to scan exceptional specimens. 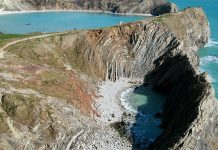 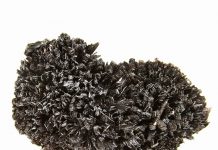 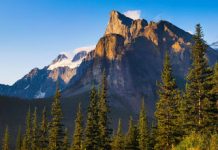 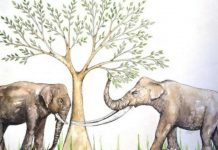