Hyaenodonts preceded modern terrestrial carnivores in Africa and also lived in Europe, Asia, and North America. Some were tree-dwelling; others were terrestrial. The Afro-Arabian hyaenodont records are the oldest, making them key to understanding the evolution of these extinct meat-eaters. The authors of the present study characterized 34 million-year-old Egyptian fossils of a new skunk-sized species of hyaenodont. They named it Masrasector nananubis, the species name referring to Anubis, the canine-headed Egyptian god associated with the afterlife. This hyaenodont was a teratodontine, a carnivorous clade that has been difficult to align with other lineages due to poorly known cranial anatomy. The fossils of the new hyaenodont are the most complete known remains of a teratodontine from the Paleogene Period, and include largely complete skulls, jaws and limb bones.

Based on the morphology of the new hyaenodont’s bones, the researchers concluded that teratodontines are a close sister group of Hyainailourinae, one of two major hyaenodont clades that were hypercarnivorous, eating mostly meat. Comparison of the limb bones with those of other meat-eating mammals suggests that the new species was terrestrial and moved fast. The researchers state that the fossils of this new species will inform all future explorations of hyaenodont evolution and ecological diversity.

“Hyaenodonts were the the top predators in Africa after the extinction of the dinosaurs,” says Borths. “This new species is associated with a dozen specimens, including skulls and arm bones, which means we can explore what it ate, how it moved, and consider why these carnivorous mammals died off as the relatives of dogs, cats, and hyenas moved into Africa.” 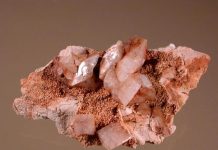 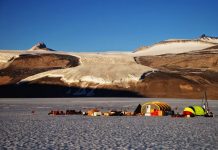 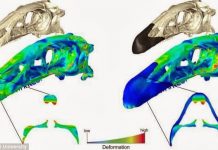 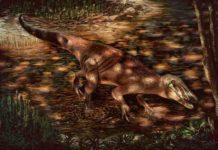