In the rich volcanic landscape of the Aleutians, Okmok volcano on Umnak Island has drawn special attention this summer.

Matt Haney, a research geophysicist with the Alaska Volcano Observatory, is part of a team trying to create an image of the inside of Okmok. The process is like a geological CAT scan, mapping the earth rather than the body.

Last summer, the team set out an array of seismometers – sensors that pick up the same seismic waves that characterize earthquakes – on and around the volcano.

The seismometers measure how fast these waves travel through the earth, which gives scientists an idea of what kind of material, like magma, rocks, or groundwater, might make up the inside of Okmok.

Seismic waves travel faster through dense rock, and slower through liquids like magma and water.

“At Okmok, from previous work, we know there’s a shallow magma chamber,” Haney said. “So from these new data, we should see – are there other chambers deeper in the crust? What does it look like really deep?”

Haney hopes a clear image of the inside of Okmok will help us understand future eruptions.

In 2008, Okmok erupted in an entirely new way, breaking a historical pattern and surprising scientists.

The work done by Haney’s team might shed more light on that unusual eruption.

“Maybe by having an image of the deeper structure, we can see what is the driver of this change in eruptive activity,” he said. “Should we expect the next eruption to follow this new pattern, or will it return to the pattern it had before?”

Haney’s work at Okmok is only one of several studies conducted in the area this summer.

Haney says he hopes data can be shared across projects like these to create a more complete picture of the seismic environment in the Aleutians.

Note: The above post is reprinted from materials provided by Alaska Public Media. 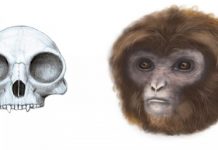 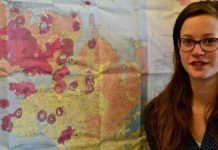 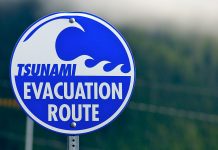