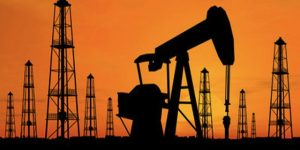 It involves the high-pressure injection of fluid into a horizontal borehole. The fluid used is typically water with sand or other specially designed additives (called proppants). The rock formation is first fractured by water, allowing oil to flow freely into the borehole. When the pressure is released, the fractures are held open by the proppant. This speeds up oil extraction and increases production output. However, this technique relies on preliminary calculations; if these are ignored, enormous financial losses could result.

In multiple hydrofracking, the precise manner in which fractures are formed (their shape, aperture, and geometry) is determined based on very complex calculations that predict how rock will respond to stress. These predictions belong, scientifically speaking, to the domain of material failure theory. Currently, rock mechanics offers no unified theory to describe the process of material failure.

For this reason, predicting the behavior of hydraulically fractured rock is a challenging task. Failing to correctly predict crack propagation and rock failure can lead to well flooding or disturbance of the gas layer. In both cases, development costs far exceed the revenue. To simulate the behavior of fractured rock and thus eliminate potential risks, computer modelling is normally used.

The restrictions imposed on Russian oil-related services by the E.U. and the U.S. in 2014, along with the main Western sanctions package, included the prohibition of the export of specialized software to Russia. Thus, there were no alternatives to this software available on the Russian market. In view of this, experts have predicted that any shale oil projects in Russia would become unprofitable, which in turn would damage the oil industry as a whole.

The MIPT researchers succeeded in designing the necessary software, which is unlike that offered by Western competitors. Focusing on industrial applications, MIPT cooperated with the Gazpromneft Scientific and Technical Centre, a Gazpromneft subsidiary.

Ivan Zavialov and Natalia Zavialova, researchers at the Department of Applied Mechanics of Moscow Institute of Physics and Technology talked about the benefits of the software: “Based on mathematical calculations, our software suite tells you how fractures will affect each other and what their propagation trajectories will be. It predicts new physical properties acquired by the fractured rock formation. In hydrofracking, it is necessary to make sure that the formation of a new fracture does not cause compression of a previously formed fracture. This maximizes oil recovery.”

Using the data obtained with the help of MIPT’s simulator, oil company engineers can model multiple hydraulic fracturing solutions for any oilfield. This technology will ensure maximum profitability of the Russian businesses that work with unconventional oil (classified as “hard-to-recover” in Russia), while minimizing the associated environmental risks. Perhaps it could even make Russia a leading producer of shale oil. 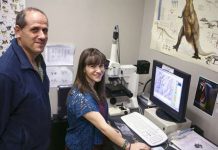 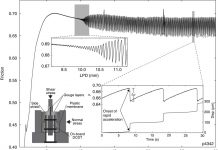 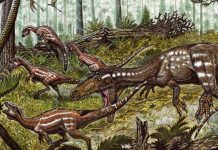