Neogene fossils of Old World vultures (Aegypiinae and Gypaetinae) are known from Africa, Eurasia, and North America. The evolution of Old World Vultures is closely tied to the expansion of grasslands and open woodlands and appearance of large, grazing mammals.  While there are no extant Old World vultures in the Americas today, a large diversity of Gypaetinae are known from Miocene to late Pleistocene fossil deposits. Despite a comparatively large number of North American Gypaetinae fossils, complete specimens have rarely been reported from Eurasia and Africa.

In a recent study published online on July 20 in the journal Auk, LI Zhiheng and Clarke Julia from the University of Texas at Austin and their collaborators ZHOU Zhonghe and DENG Tao from IVPP described the exceptional skeleton of a new Gypaetinae vulture, Mioneophron longirostris, from the late Miocene deposits of the Linxia Basin in northwestern China. In comparison with other extant and extinct Old World vultures, the new specimen has a slender and elongated rostrum, similar to the beaks of the Egyptian Vulture (Neophron percnopterus; Gypaetinae) and the Hooded Vulture (Necrosyrtes monachus; Aegypiinae). Based on the comprehensive examination of Old World vulture records and their skeletal features, the new specimen was identified as the oldest record of Gypaetinae from Eurasia or Africa.

A re-examination of the geographic and temporal distribution of Old World vultures from Neogene deposits indicates that the Gypaetinae diversified during the expansion of grasslands in the early-mid Miocene. The diversification of Aegypiinae is linked to the later transition from C3 to C4 grasslands during the late Miocene and early Pliocene. The ranges of Old World vultures retracted from North America, Southeast Asian islands, and east China with the extinction of mammalian megafauna at the end of the Pleistocene.

To date, only a handful of bird fossils have been reported from late Miocene deposits in the Linxia Basin, including a large–bodied and flightless ostrich (Struthio linxiaensis), an Aegypiinae vulture (Gansugyps linxiaensis) and an early kestrel (Falco hezhengensis). Mioneophron represents the fourth bird species from the region and reveals a savanna-like environment in northwest China during the late Miocene.

Reference:
Zhiheng Li et al. A new Old World vulture from the late Miocene of China sheds light on Neogene shifts in the past diversity and distribution of the Gypaetinae, The Auk (2016). DOI: 10.1642/AUK-15-240.1 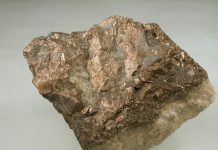 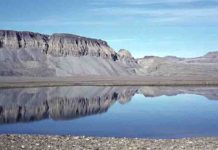