Earth’s climate interacts with so called surface processes — such as landslides or river erosion — and tectonics to shape the landscape that we see. In some regions, the sheer force of these processes has led scientists to believe that they may even influence the development of tectonics. An international team of researchers headed by the Cologne-based geographer Dr. Georgina King have now disproved this assumption. The results of their study, “Northward migration of the eastern Himalayan syntaxis revealed by OSL-thermochronometry,” will appear in Science on 19 August 2016.

In the eastern Himalaya, mountains exceeding 7,000 meters are coincident with extremely powerful rivers such as the Yarlung-Tsangpo, which is known as the “Everest of Rivers” and runs through the deeply incised Tsangpo gorge. “In this region the dramatic topography coupled with highly erosive rivers means that if surface processes can control tectonics, we should be able to record it here,” says King.

Dr. Georgina King heads the luminescence laboratory at the University of Cologne’s Institute of Geography. She and her team used a new technique called luminescence thermochronometry to measure the cooling histories of rocks as they move towards the Earth’s surface (exhumation). Their research revealed that surface processes do not control the location of tectonic deformation, but rather are responding to changing tectonics. The team measured the most recent stages of exhumation, that is, the final 1-2 km of the Earth’s crust, which have risen to the surface over approximately the past 1 million years. In geological terms this is a quite recent period. The results show that in this time period, the rate of exhumation in the northward part of the eastern Himalayas increased.

The scientists compared this record to plausible climatic and tectonic explanations. Using their data and data from other studies, they were able to show that this increased exhumation rate reflected tectonic changes and associated changes in river shape. “Our findings fit very well with previous hypotheses for this region, namely that there is tectonic, rather than climatic control over the pattern of erosion rates,” King notes.

Since surface processes can also influence the carbon cycle, this new research technique can also make valuable contributions to climate research. “As we improve our understanding of the role of surface processes in the dynamic evolution of mountains, it will give us insights into the associated carbon fluxes and how these influence global climate,” King concludes. 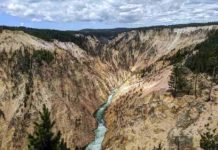 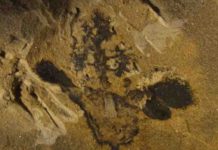 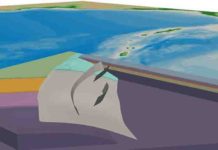