Anyone who digs in the earth needs a geologic map, says State Geologist Stephen Mabee at the University of Massachusetts Amherst, and now he and colleagues have finished a federal-state collaboration that began 81 years ago to create the first complete set of 189 surficial geologic maps of Massachusetts in 7.5-minute quadrangles, the same useful scale as the topographical maps used by hikers.

Civil engineers, geotechnology firms, state, county and town planners, transportation engineers, geologists, developers, “anyone who disturbs the ground for any project needs this resource,” Mabee says, “because running into an unexpected obstacle can cost tens of thousands, even millions of dollars. That’s the benefit of this information now publicly available. It’s been estimated that the benefit-to-cost ratio of such maps is 34/1, so every dollar spent on mapping saves the taxpayer $34.”

The newly digitized maps available online this month provide details of what Mabee calls the “kitty litter” mix of glacial tills, various sands and gravels on the earth’s surface. The uniform, portable maps use a unique standard color for each geologic material, with legends and supporting notes, and are “not just more accurate, but more convenient,” he adds. “You can use GIS to overlay them with any number of layers of other information for all kinds of spatial analyses.”

“These are very detailed for a statewide map,” he says. Another plus is that the maps are in a layered vector format, which means that the superimposed geologic units will be shown in the correct place on the Earth’s surface.

The senior lecturer in geosciences collaborated with research geologists Janet and Byron Stone and Mary DiGiacomo-Cohen at the U.S. Geological Survey (USGS) office in East Hartford, Conn. and others at the Massachusetts Bureau of Geographic Information (MassGIS) to resurrect this project that was begun in 1938. It was abandoned for many years, with roughly half the maps published on paper, when the USGS reorganized in 1978.

Recommended For You  Types of Rocks

Mabee recalls, “I became the state geologist in 2002 and the first thing I did was tell the USGS ‘let’s get started again.’ All it took was someone to say we need to finish the job. There was once a great partnership between USGS and the state and I’m really glad to have helped to revive it. This is a huge accomplishment and one of my main goals when I started.”

At its peak, the project had been pumping out up to 18 quadrangles per decade, Mabee says, and by 1980 the Massachusetts Department of Public Works and USGS partners had mapped the entire state but only 105 maps were published on paper, a little more than half of what would be needed to cover the state. “We saw the last few maps published in the 1980s, then nothing,” he notes.

When Congress passed the National Environmental Policy Act of 1970, the Clean Water Act of 1972 and Superfund legislation in 1980, plus other environmental regulations, many environmental and consulting groups urgently needed surficial geologic maps but couldn’t find them, Mabee says. “For 20 years we had almost nothing, and what we had was only on paper. I had worked in consulting, so I knew the frustration.”

With the project revived in 2002 and supported by the USGS National Cooperative Geologic Mapping Program, MassGIS scanned all the paper maps on hand, while “squads” of Mabee’s UMass Amherst geosciences students hand-traced every map and created digital versions. The USGS professionals used old field notes to fill in gaps, digitized all the unpublished maps, matching all areas where different materials met, and added legends and definitions.

“They had to match the work done by people in the 1940s to what was produced by the next generation in the 1970s for all 189 quads,” he adds. “It was a huge undertaking, and finally, 17 years later, we got it done. People have been screaming for this data that once was all on paper, and now it’s all digital and online.” 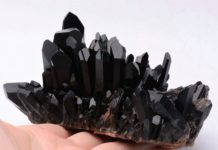 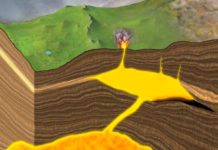