A new study that for the first time examined the internal anatomy of a fossil human relative’s heel bone, or calcaneus, shows greater similarities with gorillas than chimpanzees.

The study, titled: Trabecular architecture in the StW 352 fossil hominin calcaneus and published in the Journal of Human Evolution, was undertaken by a team of international researchers from the University of the Witwatersrand in South Africa, Duke University, University of Southern California and Indiana University in the US.

The team examined the internal anatomy of our human relative, the StW 352 Australopithecus africanus fossil, from South Africa’s rich fossil record in the Cradle of Humankind World Heritage Site, some 40km from Johannesburg.

They analyzed the structure and orientation of trabecular struts – the spongy material inside a bone – in the fossil from Sterkfontein Member 4, demonstrating greater similarities between it and the heel bone of gorillas rather than humans or chimpanzees.

In doing this, the team revealed new insights into how our ancestors moved through and interacted with their environment approximately 2 – 2.5 million years ago. Similarities between the fossil from Sterkfontein and gorillas indicate that Australopithecus africanus, the species of human ancestor (or hominin) also represented by the Taung Child, or at least this individual member of the species, exhibited gorilla-like levels of joint mobility and structural reinforcement.

Results of the new study were surprising because other recent studies of the australopithecine calcaneus, focusing on its external anatomy, have emphasised similarities with chimpanzees or humans.

However, since the organisation of trabecular bone is determined in part by how an animal interacts with its environment during its lifetime, the gorilla-like features observed in the present study are particularly compelling in revising how we view behavioural reconstructions of our australopithecine ancestors.

Lowland gorillas are generally regarded as less arboreal than chimpanzees – they spend less time in trees and generally less time climbing – although it is important to remember that even gorillas depend on arboreal resources for their survival. Humans are the only truly terrestrial primate still alive today. Thus, the gorilla-like features in the Australopithecus africanus calcaneus substantiate claims that our hominin ancestors depended on arboreal resources for their survival, but importantly, it provides evidence that gorilla-like foot function should be considered more frequently when discussing the evolution of human feet and how they functioned within the environment.

Ultimately, whether internal structure of the Australopithecus africanus calcaneus from Sterkfontein indicates gorilla-like levels of arboreal resource exploitation, or whether it reveals greater variability (mobility) in foot interactions with uneven terrain compared to those characterising modern human feet, awaits follow-up research that the investigators are currently undertaking. 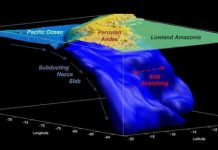 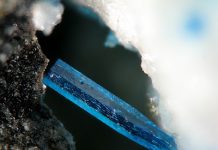 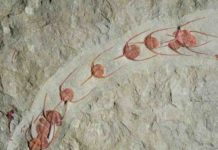 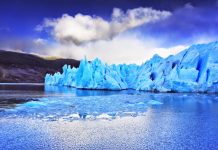