Birds have a very successful history and rich fossil record that includes dinosaurs and dates back to 250 million years. They are famous for flying and singing and have complex ways of doing both. It is known that these two abilities are related to the inner ear, but researchers still did not understand how their inner ear evolved—until now. Application of computed-tomography techniques on a 245 million-year-old fossil allowed a team of researchers to see inside its inner ear. They have shown that bird ancestors were also agile animals and possessed a refined hearing sense.

The evolution of the bird ear

Application of computed-tomography techniques on the 245 million-year-old fossil of Euparkeria, a close relative of the common ancestor of birds, dinosaurs, and crocodiles, allowed researchers to see inside its skull. They found out that Euparkeria was an agile animal and possessed a well-adapted ear for detecting airborne sounds. They concluded that this was also the case for the bird ancestor. Slowly, the pieces of the evolution of the bird ear are starting to become clearer.

Birds and crocodiles are each other’s closest living relatives. Together, they comprise a group called Archosauria. With over 10,000 modern bird species, archosaurs are the most diverse group of land vertebrates. Archosaurs have an amazingly diverse evolutionary history, which is well demonstrated by their rich fossil record stretching back 250 million years. This includes the famous dinosaurs, as well as a number of less well-known groups. Birds can fly and can sing. Not only that, they are also known for being able to perform complex flight manoeuvring and for having elaborate behaviours based on sound communication. But how did this evolutionary success story begin?

Euparkeria capensis is a small cat-sized carnivorous reptile that comes from 245 million-yearold Middle Triassic rocks in South Africa. It is known from very complete fossil remains, and is the closest land-living relative to archosaurs. Since its discovery in 1913, Euparkeria has been used as a model taxon to understand the major anatomical changes that allowed early archosaurs to become so successful. Previous work on its braincase has been used as key evidence to support the dinosaur origin of birds and their close relationship with crocodylians. However, this was based primarily on a single, incompletely preserved specimen, and thus many uncertainties about the braincase and inner ear of Euparkeria remained. Now, for the first time, a group of international scientists led by researcher Dr. Gabriela Sobral from the Federal University of Santa Catarina, Brazil, has re-evaluated all available Euparkeria braincase material using micro computed-tomography (CT scanning).

In their study, published in the latest issue of Royal Society Open Science, Dr. Sobral and her colleagues were able to visualize inside the braincase of Euparkeria and understand how the evolution of the archosaur inner ear begun The team found that the cochlea of Euparkeria, the hearing organ that decodes sound waves into electrical impulses inside the brain, was very elongate. They also found specialized regions for pressure relief in the inner ear of Eupakeria. Elongating the cochlea is a way to extend your hearing range. “Also, avoiding dampening during sound transmission makes an ear more suited for detecting airborne sounds. It is thus likely that Euparkeria could detect a more diverse repertoire of sounds than other more primitive reptiles,” said Sobral. The researchers also showed that the semicircular canals of Euparkeria were long and thin. The semicircular canals are responsible for detecting head and body movements and provide information for neural networks controlling the muscles of the neck and the eye. These are important for stabilizing the gaze during rapid locomotion – such as in hunting. “Long and thin semicircular canals supports studies which suggested Euparkeria had an upright posture and that it had a more active lifestyle, probably active hunting,” says Sobral.

By investigating the inner ear of Euparkeria, the researchers were able to reconstruct how the ancestor of birds and crocodiles could hear and move in their environment. They confirmed these animals were active, agile hunters. “It is very exciting that we can dig so deep into the palaeobiology of an extinct animal just by looking at the anatomy of its inner ear,” she says. “Euparkeria has many transitional characteristics that can help us better understand how the highly specialized ear of birds came into being.”

Note: The above post is reprinted from materials provided by Federal University of Santa Catarina. 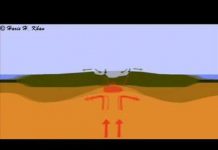 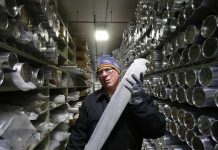 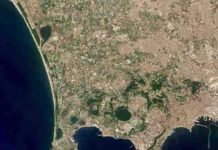 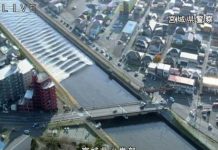