A new study co-authored by University of Maryland physicists provides the first major results of NASA’s Magnetospheric Multiscale (MMS) mission, including an unprecedented look at the interaction between the magnetic fields of Earth and the sun. The paper describes the first direct and detailed observation of a phenomenon known as magnetic reconnection, which occurs when two opposing magnetic field lines break and reconnect with each other, releasing massive amounts of energy.

The discovery is a major milestone in understanding magnetism and space weather. The research paper appears in the May 13, 2016, issue of the journal Science.

“Imagine two trains traveling toward each other on separate tracks, but the trains are switched to the same track at the last minute,” said James Drake, a professor of physics at UMD and a co-author on the Science study. “Each track represents a magnetic field line from one of the two interacting magnetic fields, while the track switch represents a reconnection event. The resulting crash sends energy out from the reconnection point like a slingshot.”

Evidence suggests that reconnection is a major driving force behind events such as solar flares, coronal mass ejections, magnetic storms, and the auroras observed at both the North and South poles of Earth. Although researchers have tried to study reconnection in the lab and in space for nearly half a century, the MMS mission is the first to directly observe how reconnection happens.

The MMS mission provided more precise observations than ever before. Flying in a pyramid formation at the edge of Earth’s magnetic field with as little as 10 kilometers’ distance between four identical spacecraft, MMS images electrons within the pyramid once every 30 milliseconds. In contrast, MMS’ predecessor, the European Space Agency and NASA’s Cluster II mission, takes measurements once every three seconds–enough time for MMS to make 100 measurements.

“Just looking at the data from MMS is extraordinary. The level of detail allows us to see things that were previously a blur,” explained Drake, who served on the MMS science team and also advised the engineering team on the requirements for MMS instrumentation. “With a time interval of three seconds, seeing reconnection with Cluster II was impossible. But the quality of the MMS data is absolutely inspiring. It’s not clear that there will ever be another mission quite like this one.”

Simply observing reconnection in detail is an important milestone. But a major goal of the MMS mission is to determine how magnetic field lines briefly break, enabling reconnection and energy release to happen. Measuring the behavior of electrons in a reconnection event will enable a more accurate description of how reconnection works; in particular, whether it occurs in a neat and orderly process, or in a turbulent, stormlike swirl of energy and particles.

A clearer picture of the physics of reconnection will also bring us one step closer to understanding space weather–including whether solar flares and magnetic storms follow any sort of predictable pattern like weather here on Earth. Reconnection can also help scientists understand other, more energetic astrophysical phenomena such as magnetars, which are neutron stars with an unusually strong magnetic field.

“Understanding reconnection is relevant to a whole range of scientific questions in solar physics and astrophysics,” said Marc Swisdak, an associate research scientist in UMD’s Institute for Research in Electronics and Applied Physics. Swisdak is not a co-author on the Science paper, but he is actively collaborating with Drake and others on subsequent analyses of the MMS data.

To date, MMS has focused only on the sun-facing side of Earth’s magnetic field. In the future, the mission is slated to fly to the opposite side to investigate the teardrop-shaped tail of the magnetic field that faces away from the sun. 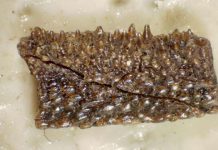 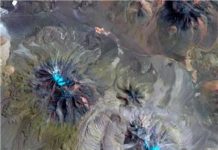 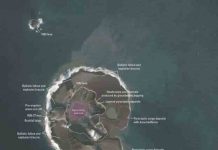