What is Opalized Wood “Wood opal”?

Wood opal is a form of petrified wood which has developed an opalescent sheen or, more rarely, where the wood has been completely replaced by opal. Other names for this opalized sheen-like wood are opalized wood and opalized petrified wood. It is often used as a gemstone.

How Does Opalized Wood Form?

Due to a series of rhyolite volcanic flows, resulting in a large basin enclosed by low hills. This basin contained a succession of lakes and forests of spruce, hemlock, birch, chestnut and even sequoia which were periodically buried by volcanic ash hundreds of feet thick. A large lake formed within the basin which deposited large amounts of diatomite, a biogenic form of silica. Seepage of super-heated water percolated through the ash layers, carrying silica to the long-buried trees.

Replacement of carbon in the wood by hydrated silica resulted in perfect opalized replicas of the original wood structure. It is the alignment of the hydrated silica spheres which ultimately results in the rainbow effect of precious opal, the result of deflection and diffraction of light as it passes through the planes of hydrated silica molecules. The size of the spheres impacts the colors seen, with smaller spheres resulting in blues and larger spheres in reds. While common opal is abundant in the region, the conditions required for formation of precious opal as seen here was far more rare, a combination of a stable and undisturbed environment. While much of the world precious opal is found in Austarlia, deposits such as those in the Virgin Valley are also mined for these treasures of a bygone world.

How Does Petrified Wood Form?

As the internal structure of our plant gradually breaks down, it replaces its organic material (wood fibers) with silica and other minerals. Those minerals will crystallize over a period of a few million years. The end result is a rock that takes over our original tree’s shape and structure.

The petrifaction process occurs underground, when wood becomes buried in water saturated sediment or volcanic ash. The presence of water reduces the availability of oxygen which inhibits aerobic decomposition by bacteria and fungi. Mineral-laden water flowing through the sediments may lead to permineralization, which occurs when minerals precipitate out of solution filling the interiors of cells and other empty spaces. During replacement, the plant’s cell walls act as a template for mineralization.

There needs to be a balance between the decay of cellulose and lignin and mineral templating for cellular detail to be preserved with fidelity. Most of the organic matter often decomposes, however some of the lignin may remain. Silica in the form of Opal-A, can encrust and permeate wood relatively quickly in hot spring environments. However, petrified wood is most commonly associated with trees that were buried in fine grained sediments of deltas and floodplains or volcanic lahars and ash beds. A forest where such material has petrified becomes known as a petrified forest.

“Small pieces of petrified wood are quite common and not worth very much. 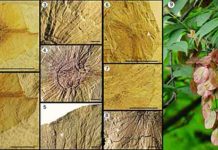 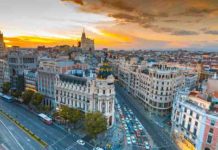