Modern wild sheep, Ovis, is widespread in the mountain ranges of the Caucasus through Himalaya, Tibetan Plateau, Tianshan-Altai, eastern Siberia, and the Rocky Mountains in North America. In Eurasia, fossil sheep are known by a few isolated records at a few Pleistocene sites in North China, eastern Siberia, and western Europe, but are so far absent from the Tibetan Plateau.

In a paper published May 4 in the Journal of Vertebrate Paleontology, paleontologists from the Institute of Vertebrate Paleontology and Paleoanthropology (IVPP), Chinese Academy of Sciences, Natural History Museum of Los Angeles County and La Brea Tar Pits and Museum at Los Angeles reported a new genus and species of fossil sheep from the Pliocene of Zanda Basin in Tibet. This finding extends the fossil record for the sheep into the Pliocene of the Tibetan Plateau, suggesting that the Tibetan Plateau, possibly including Tianshan-Altai, represents the ancestral home range(s) of mountain sheep and that these basal stocks were the ultimate source of all extant species, which is consistent with the Out-of-Tibet hypothesis regarding the origins of Ice Age megaherbivores.

New fossil materials were collected from IVPP locality ZD0712 in Guanjingtai, Zanda County, Tibetan Autonomous Region in western Himalaya during the 2006 and 2007 field seasons. The holotype specimen (IVPP V18928), forming the main basis of this new species, is a nearly complete male left and right horncores. With a total horncore upper curve length of 443 mm, it is similar in size to some extant species of Ovis.

This new extinct sheep, Protovis himalayensis, has a combination of features distinguishable from other species such as Ovis, Pseudois and Tossunnoria. Smaller than the living argali, it shares with Ovis posterolaterally arched horncores and partially developed sinuses and possesses several transitional characters leading to Ovis.

Situated between the Himalayas and Ayilariju ranges, Zanda Basin was formed in a tectonically active region, and throughout the basin development, basement outcrops from residual topography and surrounding mountains offered plenty of rugged terrain and gentle hills along the shores of the paleo-Zanda lake. The locality of Protovis is not far from one of the paleo-islands formed by metamorphic basement rock, and these cliffs probably provided protection from predators in times of danger.

Carbon isotopes on fossil mammalian herbivores from Zanda Basin indicate that C3 vegetation formed the dominant plant community during the Pliocene. It is likely that Protovis, too, had a C3 diet, as do the modern bovids within the Tibetan Plateau.

Ancestral sheep in the Tibetan Plateau, occupying a similar range as the extant argali, were adapted to high-elevation, cold environments during the Pliocene, when conditions elsewhere (including the high Arctic regions) were much warmer. These ancestral stocks evolved rapidly to morphological conditions similar to that of living Ovis. By the time the Ice Age arrives around 2.6 million years ago, Ovis possessed a competitive advantage for surviving in freezing environments and spread rapidly to regions surrounding the Plateau and beyond. Most sheep species survived along their Pleistocene route of dispersal, offering a highly consistent pattern of zoogeography.

“With the present discovery of a primitive sheep in the Himalaya, we thus offer another example of our previous out-of-Tibet hypothesis—ancestral sheep were adapted to high-elevation cold environments in the Pliocene, and during the Pleistocene they began to disperse outside their ancestral home range in Tibet to northern China, northern Siberia, and western Asia”, said lead author Dr. WANG Xiaoming, a visiting professor of Institute of Vertebrate Paleontology and Paleoanthropology (IVPP), Chinese Academy of Sciences, and a senior curator of Natural History Museum of Los Angeles County, “The sheep thus joined several other mammals, such as big cats, arctic foxes, hypercarnivorous hunting dogs, and woolly rhinoceros in their expansion out of Tibet during the Ice Age and gave rise to elements of the Pleistocene megafauna”.

“Both this new fossil datum and the existing molecular phylogeny suggest that the Tibetan Plateau, possibly including Tianshan-Altai, represents the ancestral home range(s) of mountain sheep”, said study coauthor Dr. LI Qiang of the IVPP, “Fortunately, wild sheep were able to take refuge in mountain ranges, possibly an important contributing factor in protection against early human hunting, and they have largely survived the end-Pleistocene extinction that befell many of their megafaunal contemporaries.” 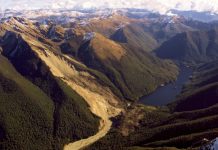 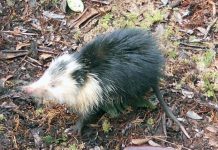 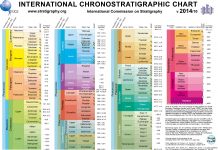 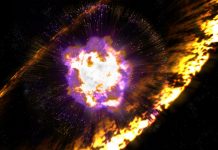