Losing the ability to fly gave ancient penguins their unique locomotion style. But leaving the sky behind didn’t cause major changes in their brain structure, researchers from The University of Texas at Austin suggest after examining the skull of the oldest known penguin fossil.

The findings were published in the Journal of Anatomy in February.

“What this seems to indicate is that becoming larger, losing flight and becoming a wing-propelled diver does not necessarily change the [brain] anatomy quickly,” said James Proffitt, a graduate student at the university’s Jackson School of Geosciences who led the research. “The way the modern penguin brain looks doesn’t show up until millions and millions of years later.”

Proffitt conducted the research with Julia Clarke, a professor in the Jackson School’s Department of Geological Sciences, and Paul Scofield, the senior curator of Natural History at the Canterbury Museum in Christchurch, New Zealand, where the skull fossil is from.

The skull is from a penguin that lived in New Zealand over 60 million years ago during the Paleocene epoch. According to Proffitt, it likely lived much like penguins today. But while today’s penguins have been diving instead of flying for tens of millions of years, the change was relatively new for the ancient penguin.

“It’s the oldest [penguin] following pretty closely after the loss of flight and the evolution of flightless wing-propelled diving that we know of,” Proffitt said.

The shape of bird skulls is influenced by the structure of the brain. To learn about early penguin brain anatomy, Proffitt used X-ray CT-scanning to digitally capture fine features of the skull’s anatomy, and then used computer modeling software to create a digital mold of the brain, called an endocast.

The researchers thought that loss of flight would impact brain structure–making the brains of ancient penguins and modern penguins similar in certain regions. However, after analyzing the endocast and comparing it to modern penguin brain anatomy, no such similarity was found, Proffitt said. The brain anatomy had more in common with skulls of modern relatives that both fly and dive such as petrels and loons, than modern penguins.

It’s difficult to know why modern penguins’ brains look different than their ancestors’ brains, Proffitt said. It’s possible that millions of years of flightless living created gradual changes in the brain structure. But the analysis shows that these changes are not directly related to initial loss of flight because they are not shared by the ancient penguin brain.

However, similarities in the brain shape between the ancient species and diving birds living today suggest that diving behavior may be associated with certain anatomical structures in the brain.

“The question now is do the old fossil penguins’ brains look that way because that’s the way their ancestors looked, or does it have something maybe to do with diving?” Proffitt said. “I think that’s an open question right now.” 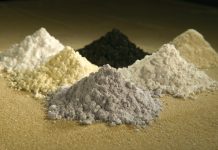 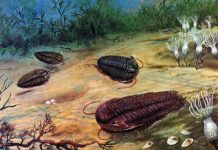