If you could travel back in time to South America thousands of years ago, you might have caught a glimpse of an animal known as a glyptodont living alongside giant ground sloths and saber-toothed cats. Glyptodonts looked like gigantic and fearsome armadillos; one of the largest species, Doedicurus, weighed as much as a ton and had a powerful club-shaped and spiky tail.

There’s a good reason for the resemblance to armadillos, according to researchers who have reconstructed the family tree of these ancient beasts based on their mitochondrial genome, reconstructed from small fragments of DNA extracted from bits of a protective, bony carapace. The molecular evidence reported in the Cell Press journal Current Biology on February 22 confirms that gigantic armadillos are exactly what glyptodonts were.

“Glyptodonts in fact represent an extinct lineage that likely originated about 35 million years ago within the armadillo radiation,” says Hendrik Poinar of McMaster University in Canada.

“Glyptodonts should probably be considered a subfamily of gigantic armadillos,” adds Frédéric Delsuc of CNRS in France. “We speculate that the peculiar structure of their unarticulated carapace might have evolved as a response to the functional constraint imposed by the size increase they experienced over time.”

Poinar and Delsuc have had a long interest in living and extinct xenarthrans (a group including armadillos, anteaters, and sloths) and in their evolutionary relationships to each other. Recent advances in DNA capture and genome sequencing technology are now making it possible to fish DNA fragments out of fossil remains to help put those evolutionary family trees together.

In the new study, the researchers used a technical trick allowing them to specifically fish Doedicurus mitochondrial DNA out of an extract containing plenty of DNA from other sources. They used RNA baits designed from computationally reconstructed ancestral DNA sequences based on known modern sequences of glyptodonts’ living relatives.

Their phylogenetic analysis establishes that glyptodonts are in fact deeply nested within the armadillo crown group, representing a distinct subfamily (Glyptodontinae) within the family known as the Chlamyphoridae, represented today by the dwarf pink fairy armadillo and the giant armadillo, for instance. Molecular dating suggests that glyptodonts diverged no earlier than about 35 million years ago, the researchers report, in good agreement with their known fossil record.

Their findings also highlight the impressive increase in glyptodonts’ size over evolutionary time. The researchers estimate that the last common ancestor of glyptodonts and their living armadillo relatives weighed in at a mere 6 kilograms, suggesting a “spectacular increase in glyptodont body mass.” That’s consistent with the fossil record, which shows glyptodonts evolved from medium-sized forms (about 80 kilograms) to become true megafauna in the Pleistocene (reaching 2,000 kilograms) before their disappearance at the end of the last ice age. 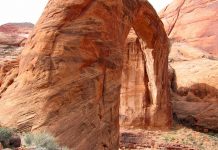 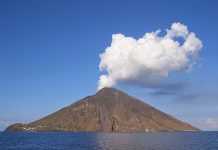 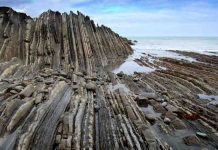