The Anthropocene, which is regarded as having begun halfway through the 20th century, is marked by the expansion of new materials, such as aluminium, cement, plastic, ash from the combustion of hydrocarbons, and radioisotopes originating from atomic tests around the planet, in addition to high greenhouse gas emissions and the unprecedented global spread of invasive species.

An international group of scientists is exploring whether human activity has brought the planet to a new geological epoch: the Anthropocene. The basic questions raised in their work are as follows: To what extent are human activities recorded as quantifiable signs in geological strata? And is the world of the Anthropocene clearly different from the relatively stable Holocene, which has lasted 11,700 years and which has made the development of human civilisation possible?

The Holocene epoch is a time during which human societies have advanced by gradually domesticating the earth’s surface in order to increase food production, build urban settlements, and make use of the planet’s water, and its mineral and energy resources. The Anthropocene epoch currently being proposed is, however, characterised as a time of rapid, environmental changes caused by the accelerated growth of the human population and the sharp increase in consumption following the “Great Acceleration” halfway through the 20th century. The authors of the work maintain that “for a long time we humans have been causing an impact on the environment, but a rapid global distribution of new materials (including aluminium, cement and plastics) has taken place recently, and these materials are leaving their mark in the sediments. The burning of fossil fuels has dispersed particles in the form of ash all over the planet, coinciding with the peaking in the distribution of radioisotopes resulting from the testing of nuclear bombs in the atmosphere. All these indications show that the the concept of the Anthropocene is a reality”.

This study, produced by 24 members of the Anthropocene Working Group and including Alejandro Cearreta, a lecturer at the UPV/EHU’s Faculty of Science and Technology, shows that the human species has modified System Earth sufficiently to generate a series of signs that are already evident in the sediments and ice and that these signs are sufficiently distinctive to justify the recognition of an Anthropocene epoch in the Table of Geological Ages. In the course of 2016, the Anthropocene Working Group will be gathering further evidence on this new geological epoch; it is expected to contribute towards drawing up the recommendations on possibly making it official and, in this case, on how it could be defined and characterised. 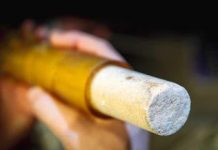 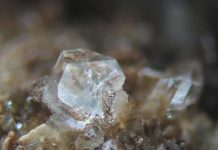 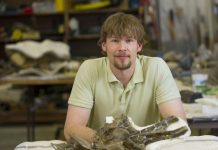 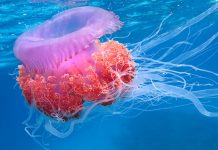