The puzzle, which has no solution yet, is: Why would a microorganism thriving in a hot spring draw its energy from low-quality sources instead of rich ones?

Shock, who is a professor in geochemistry in ASU’s School of Earth and Space Exploration and the School of Molecular Sciences, has long studied questions of habitability as they apply to life on Earth, and to the potential for life on other planets.

“The team isolated this organism, which is a member of the Acidianus genus, from a hot spring in Yellowstone National Park and cultured it in the laboratory,” he said. “There it was given a choice of three different geochemical energy supplies.”

This microbe, Shock said, can get energy from combining hydrogen with sulfur, or hydrogen with iron, or sulfur with iron. In the experiments the team carried out, hydrogen and sulfur supplied the least energy, while hydrogen and iron provided the most.

“Surprisingly, the organism grew best on the lowest energy supply—and it grew the worst with the richest energy material,” Shock said.

The scientists’ report was published July 3 in Nature Geoscience. The lead author is Maximiliano Amenabar of Montana State University; besides Shock, the other authors are Eric Roden (University of Wisconsin), and John Peters and Eric Boyd (both Montana State).

“The results were quite counterintuitive,” said Shock. “It’s only natural to expect that in any environment, the ‘big deal’ energy sources will be supporting the most organisms, and the feeble sources—well, you wonder if they are supporting anything at all.”

It turns out, he explained, that in a genetic sense, it may be costly for the organism to go after the big-energy supply.

“It’s like mining,” he said. “You can have a rich ore deposit, but if extracting it costs more than you can get for it, it’s not worth pursuing.”

And in microorganism terms, Shock said, “biological cost may come down to availability. Perhaps the low-energy source is more reliable in nature than the high-energy one.”

Shock suggested that reliability could “tune” the microorganism’s metabolism to the energy source that’s always available.

But apparently not exclusively, he added. “The organism is also capable of using these other energy sources. However, maybe using them takes more work, so the organism grows more slowly with them.”

The focus of future research on this organism will be to assess in detail the energetic costs. Its recently completed genome will aid the research..

Shock concluded, “We don’t know for sure why this organism thrives best on low-energy food sources—but now the task becomes finding that out.” 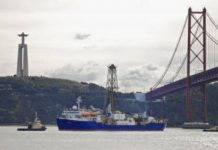 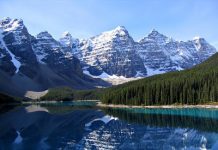 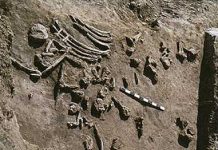