A new study finds that the viscosity of the Earth’s mantle abruptly increases 1,000 kilometers (621 miles) below the surface, differing significantly from previous estimates, which suggest this phenomenon occurs at depths of roughly 670 km (416 miles).

The geoid (the shape that ocean surfaces would take under the influence of Earth’s gravitation and rotation alone) is most sensitive to density structure and viscosity contrasts in the lower mantle, and thus offers a good way to determine mantle viscosity. Here, Maxwell Rudolph et al. combined several geophysical data sets that account for the geoid, including ten years’ worth of satellite observations and updated estimates of Earth’s flattening.

After running numerous simulations, all of their results found the viscosity increase to lie below 670 km, and most simulations place this viscosity increase deeper still, in the vicinity of 1,000 km. The authors note that their new estimate of viscosity transition aligns with depths where tectonic plates stagnate, according to some recent studies.

As well, the authors note that their new viscosity estimate may help to explain the vertical and lateral movement of plumes that rise towards Earth’s surface, creating areas of greater volcanic activity, such as the Iceland hotspot and the Macdonald hotspot in the South Pacific. Although the viscosity increase solves some geological observations, the origin of this increase remains a mystery. 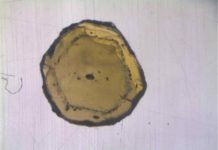 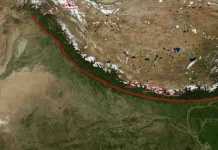 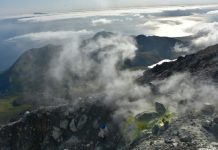 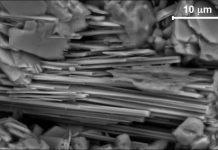 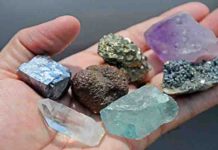