Geologists from Florida State University’s Department of Earth, Ocean and Atmospheric Science have discovered how carbon-rich molten rock in the Earth’s upper mantle might affect the movement of seismic waves.

The new research was coauthored by EOAS Associate Professor of Geology Mainak Mookherjee and postdoctoral researcher Suraj Bajgain. Findings from the study were published in the journal Proceedings of the National Academy of Sciences .

“This research is quite important since carbon is a crucial constituent for the habitability of the planet, and we are making strides to understand how solid earth may have played a role in storing and influencing the availability of carbon in the Earth’s surface,” Mookherjee said. “Our research gives us a better understanding of the elasticity, density and compressibility of these rocks and their role in Earth’s carbon cycle.”

Carbon, one of the primary building blocks for life, is widely distributed throughout the Earth’s upper mantle and is mostly stored in forms of carbonate minerals as accessory minerals in mantle rocks. When carbonate-rich magma erupts on the surface, it is notable for its unique, mud-like appearance. These types of eruptions occur at specific locations around the world, such as at the Ol Doinyo Lengai volcano in Tanzania.

Experts believe that the presence of carbonates in rocks significantly lowers the temperature at which they melt. Carbonates that sink to the Earth’s interior, via a process known as subduction, likely cause this low-degree melting of the Earth’s upper mantle rocks, which plays an important role in the planet’s deep carbon cycle.

“Earth’s mantle has less free oxygen available at increasing depths,” Mookherjee said. “As the mantle upwells through a process of mantle convection, the slowly moving rocks that were reduced, or had less oxygen, at a greater depth become progressively more oxidized at shallower depth. The carbon in the mantle is likely to be reduced deeper in the Earth and get oxidized as the mantle upwells.”

This change in depth-dependent oxidation state is likely to cause melting of mantle rocks, a process called redox melting, which could produce carbon-rich molten rock, also known as melts. These melts are likely to affect the physical property of a rock, which can be detected using geophysical probes such as seismic waves, he said.

Prior to this study, geologists had poor knowledge of the elastic properties of these carbonate-induced partial melts, which made them difficult to directly detect.

One set of clues that geologists use to better understand their science are measurements of seismic waves as they move through the layers of the Earth. A type of seismic wave known as a compressional wave is faster than another type known as a shear wave, but at depths of around 180 to 330 kilometers into the Earth, the ratio of their speeds is even higher than is typical.

“This elevated ratio of compressional waves to the shear waves has been a puzzle, and using the findings from our study, we are able to explain this perplexing observation,” Mookherjee said.

Minor quantities of carbon-rich melts, approximately 0.05 percent, might be dispersed pervasively through the Earth’s deep upper mantle, and that may lead to the elevated ratio of compressional to shear sound velocity, researchers explained.

To conduct the study, researchers took high-pressure ultrasonic measurements and density measurements on cores of the carbonate mineral dolomite. These experiments were complemented by theoretical simulations to provide a new understanding of the fundamental physical properties of carbonate melts.

“We have been trying to understand the elastic and transport properties of aqueous fluids, silicate melt and metallic melt properties, to gain better insight into the mass of volatiles stored in the deep solid earth,” Bajgain said.

These findings mean the partially molten rocks in the mantle could hold as much as 80 to 140 parts per million of carbon, which would be 20 to 36 million gigatons of carbon in the deep upper mantle region, making it a substantial carbon reservoir. In comparison, Earth’s atmosphere contains just over 410 ppm of carbon, or around 870 gigatons.

Note: The above post is reprinted from materials provided by Florida State University. Original written by Amy Robinson. 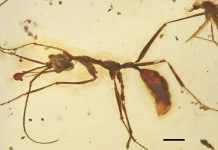 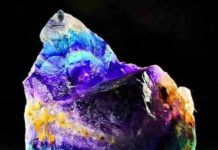 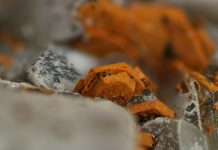 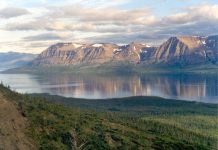