Scientists now have a better understanding about a site with the most chemically diverse mineral veins NASA’s Curiosity rover has examined on Mars, thanks in part to a valuable new resource scientists used in analyzing data from the rover.

Curiosity examined bright and dark mineral veins in March 2015 at a site called “Garden City,” where some veins protrude as high as two finger widths above the eroding bedrock in which they formed.

The diverse composition of the crisscrossing veins points to multiple episodes of water moving through fractures in the bedrock when it was buried. During some wet periods, water carried different dissolved substances than during other wet periods. When conditions dried, fluids left clues behind that scientists are now analyzing for insights into how ancient environmental conditions changed over time.

“These fluids could be from different sources at different times,” said Diana Blaney, a Curiosity science team member at NASA’s Jet Propulsion Laboratory, Pasadena, California. “We see crosscutting veins with such diverse chemistry at this localized site. This could be the result of distinct fluids migrating through from a distance, carrying chemical signatures from where they’d been.”

Researchers used Curiosity’s laser-firing Chemistry and Camera (ChemCam) instrument to record the spectra of sparks generated by zapping 17 Garden City targets with the laser. The unusually diverse chemistry detected at Garden City includes calcium sulfate in some veins and magnesium sulfate in others. Additional veins were found to be rich in fluorine or varying levels of iron.

As researchers analyzed Curiosity’s observations of the veins, the ChemCam team was completing the most extensive upgrade to its data-analysis toolkit since Curiosity reached Mars in August 2012. They more than tripled — to about 350 — the number of Earth-rock geochemical samples examined with a test version of ChemCam. This enabled an improvement in their data interpretation, making it more sensitive to a wider range of possible composition of Martian rocks.

Recommended For You  Top 15 Most Expensive Gemstones In The World

Blaney said, “The chemistry at Garden City would have been very enigmatic if we didn’t have this recalibration.”

The Garden City site is just uphill from a mudstone outcrop called “Pahrump Hills,” which Curiosity investigated for about six months after reaching the base of multi-layered Mount Sharp in September 2014. The mission is examining ancient environments that offered favorable conditions for microbial life, if Mars has ever hosted any, and the changes from those environments to drier conditions that have prevailed on Mars for more than 3 billion years. Curiosity has found evidence that base layers of Mount Sharp were deposited in lakes and rivers. The wet conditions recorded by the Garden City veins existed in later eras, after the mud deposited in lakes had hardened into rock and cracked.

ChemCam provides the capability of making distinct composition readings of multiple laser targets close together on different veins, rather than lumping the information together. The chemistry of these veins is also related to mineral alteration observed at other places on and near Mount Sharp. What researchers learned here can be used to help understand a very complex fluid chemical history in the region. Since leaving Garden City, Curiosity has climbed to higher, younger layers of Mount Sharp.

Note: The above post is reprinted from materials provided by NASA’s Jet Propulsion Laboratory. 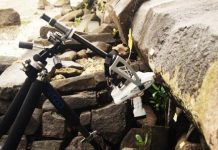 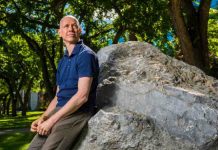 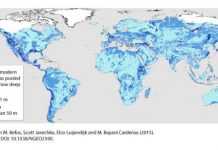