A new analysis of the jaw of Haramiyavia clemmenseni, one of the earliest known proto-mammals, clarifies the timeline of early mammalian evolution. Through high-resolution computer tomography, scientists from the University of Chicago, Harvard University and Brown University were able to examine the Haramiyavia type specimen in unprecedented detail.

The analysis revealed complex teeth and chewing motions adapted for an herbivorous diet — indicating diverse feeding adaptations evolved early among proto-mammal lineages. But the primitive structures of its jaw, related to a primitive middle ear, suggest that Haramiyavia and its relatives were not mammals, and instead occupied a more ancestral position on the mammalian evolutionary tree.

The findings, published in the Proceedings of the National Academy of Sciences on Nov. 16, 2015, shed light on efforts to accurately date the period when major mammalian groups first evolved. The study confirms previous suggestions that mammal diversification occurred in the Jurassic around 175 million years ago — more than 30 million years after Haramiyavia and other forerunners to mammals diversified in the Triassic.

“This fossil is a unique representative from an incredibly important era in the evolution of mammals; the ecosystem of the whole world changed as the Triassic transitioned into the Jurassic,” said study senior author Neil Shubin, PhD, Robert R. Bensley Distinguished Service Professor of Organismal Biology and Anatomy at the University of Chicago. “When you look at the entirety of the Haramiyavia jaw and its primitive features, it’s clear that this group sat at the very base of the mammalian family tree, much in the same way that Tiktaalik rosea sat at the base of the tetrapod tree.”

Haramiyids are one of the earliest proto-mammal lineages, arising in the Triassic period around 210 million years ago. Known only through isolated teeth, haramiyids were largely mysterious until the discovery of the remarkably well-preserved jaw of Haramiyavia — with intact molars, nearly complete mandibles and postcranial skeletal bones–in Greenland in 1995 by a team including Shubin, Stephen Gatesy, professor of biology at Brown University, and the late Farish Jenkins, former professor of zoology at Harvard University.

“As the earliest known haramiyid, Haramiyavia is the key piece of evidence for inferences about the timeline of early mammalian evolution,” said study co-author Zhe-Xi Luo, PhD, professor of organismal biology and anatomy at the University of Chicago.

The initial analysis of Haramiyavia relied on painstaking manual preparation by the late William Amaral, former fossil preparator at Harvard University, and significant portions of the fossil were not fully described.

This gap in knowledge led to a debate over the shape of the mammalian evolutionary tree: Did haramiyids belong on the crown mammal branch, from which all modern mammals descend, suggesting that mammals began to diversify more than 210 million years ago in the Triassic? Or did haramiyids occupy a separate, more ancestral branch at the base of the family tree, suggesting mammal diversification occurred much later?

To resolve this question, Shubin, Gatesy, and Luo, reexamined the entirety of the Haramiyavia specimen using a suite of modern technological tools, including high-resolution computed tomography (CT) scans and 3D reconstruction. Coupled with exhaustive documentation from the initial fossil preparation, the team was able to describe Haramiyavia in unprecedented detail.

The team found many primitive structures in the jaw, including a postdentary trough that is connected to a primitive middle ear. This was strong evidence that Haramiyavia was unrelated to other crown mammals — in particular, the multituberculates, a group of early mammal that has previously been thought to be closely related to the haramiyids.

This finding places Haramiyavia and all other members of the haramiyid lineage on a more ancestral position in the mammalian evolutionary tree, on a separate branch from mammals. This reaffirms previous arguments that the explosion of modern mammal diversification did not occur in the Triassic period, but many millions of years later in the Jurassic.

“With CT and other new technologies, we can extract anatomical insights that were not possible to obtain in the past, allowing us to more accurately interpret mammalian evolution,” Luo said. “Haramiyavia establishes the ancestral morphology for the haramiyid group, which can now be clearly placed at the base of the mammalian family tree.”

The team also created virtual animations that showed how the teeth of Haramiyavia actually functioned 210 million years ago. Analyses with scanning electron microscopy revealed Haramiyavia possessed complex teeth that indicated an herbivorous diet, including incisors for cutting and complex cheek teeth for grinding plant food. Later herbivorous mammals evolved similar complex teeth, despite not being directly descended from the haramiyids — a striking example of convergent evolution.

The feeding habits made Haramiyavia the earliest known herbivore among mammalian ancestors and placed them apart from other early proto-mammal groups, which had teeth adapted to insect or worm-based diets. This suggests that the early forerunners to mammals diversified in the Triassic, branching out into multiple ecological niches that likely shaped later mammalian evolution.

“When we worked on the Haramiyavia fossil in the 90s, we had to literally scrape at it with a needle under a microscope. It took months to years to come up with sketches and clay models,” Shubin said. “It’s really fun for me to see how it worked back then, and today study the fossil with computer reconstructions and 3D printed models. It’s an amazing demonstration of how new technology can transform an old discovery.” 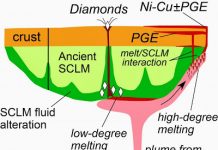 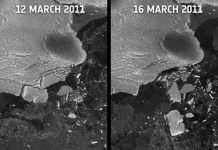 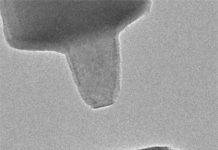 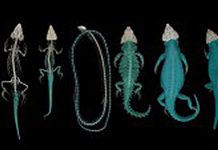