Computer simulations have allowed scientists to work out how a puzzling 555-million-year-old organism with no known modern relatives fed, revealing that some of the first large, complex organisms on Earth formed ecosystems that were much more complex than previously thought.

The international team of researchers from Canada, the UK and the USA, including Dr Imran Rahman from the University of Bristol, UK studied fossils of an extinct organism called Tribrachidium, which lived in the oceans some 555 million years ago. Using a computer modelling approach called computational fluid dynamics, they were able to show that Tribrachidium fed by collecting particles suspended in water. This is called suspension feeding and it had not previously been documented in organisms from this period of time.

Tribrachidium lived during a period of time called the Ediacaran, which ranged from 635 million to 541 million years ago. This period was characterised by a variety of large, complex organisms, most of which are difficult to link to any modern species. It was previously thought that these organisms formed simple ecosystems characterised by only a few feeding modes, but the new study suggests they were capable of more types of feeding than previously appreciated.

Dr Simon Darroch, an Assistant Professor at Vanderbilt University, said: “For many years, scientists have assumed that Earth’s oldest complex organisms, which lived over half a billion years ago, fed in only one or two different ways. Our study has shown this to be untrue, Tribrachidium and perhaps other species were capable of suspension feeding. This demonstrates that, contrary to our expectations, some of the first ecosystems were actually quite complex.”

Recommended For You  Soft tissue shows Jurassic ichthyosaur was warm-blooded, had blubber and camouflage

Co-author Dr Marc Laflamme, an Assistant Professor at the University of Toronto Mississauga, added: “Tribrachidium doesn’t look like any modern species, and so it has been really hard to work out what it was like when it was alive. The application of cutting-edge techniques, such as CT scanning and computational fluid dynamics, allowed us to determine, for the first time, how this long-extinct organism fed.”

Computational fluid dynamics is a method for simulating fluid flows that is commonly used in engineering, for example in aircraft design, but this is one of the first applications of the technique in palaeontology (following up previous research carried out at Bristol).

Dr Rahman, a Research Fellow in Bristol’s School of Earth Sciences said: “The computer simulations we ran allowed us to test competing theories for feeding in Tribrachidium. This approach has great potential for improving our understanding of many extinct organisms.”

Co-author Dr Rachel Racicot, a postdoctoral researcher at the Natural History Museum of Los Angeles County added: “Methods for digitally analysing fossils in 3D have become increasingly widespread and accessible over the last 20 years. We can now use these data to address any number of questions about the biology and ecology of ancient and modern organisms.”

The study is published today in the journal Science Advances. 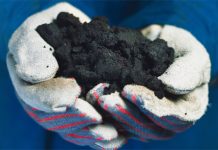 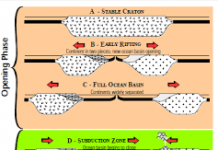 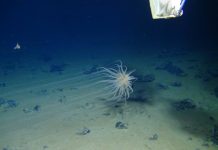