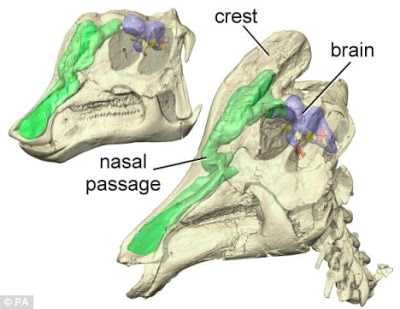 “My work represents the first test of the hypothesis that the elaborated nasal passages of large dinosaurs functioned as efficient heat exchangers,” explained Jason Bourke, doctoral student researcher at Ohio University and lead author of the study. Using a branch of engineering known as computational fluid dynamics, Bourke simulated the movement of air and heat through the nasal passages of various dinosaur species.

Nasal passages act as air conditioners, warming and humidifying air as it is breathed in, and cooling and drying it as air leaves the body. This process cools blood destined for the brain. Modern mammals, birds, lizards, and crocodiles use a variety of structures — some simple, and some complex — to accomplish heat exchange efficiently. However, detailed reconstruction of the 3-dimensional shape of the nasal passages in dinosaurs have shown that large dinosaurs, whose bodies would have held on to more heat than smaller-bodied animals, needed elaborate and specialized nasal passages to avoid overheating their brains.

“For most dinosaurs that I looked at, there would have been a substantial amount of physiologically active soft tissues in their noses,” continued Bourke. “This strongly suggests that dinosaur airways were more than capable of changing the attributes of respired air.” These findings provide an answer to the mystery of how dinosaurs avoided having their large bodies overheat their small brains, a question that has plagued paleontologists reconstructing dinosaur physiology.

” By having this blood detour through the nasal passages and dump some of that excess heat before reaching the brain, dinosaurs were able to keep their brains at an optimum temperature for their bodies,” said Bourke. 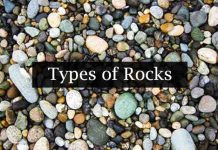 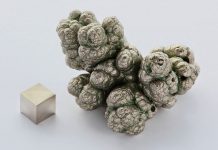 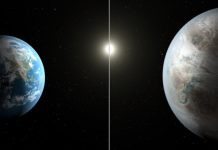