Since life originated on Earth between 3.8 and 3.9 Ga ago, microorganisms have significantly shaped and influenced the chemistry of Earth’s surface and subsurface environments. Reconstructing the evolution of early microbial life depends mainly on finding organic and mineral remnants of microbial activity preserved in the rock record.

Even when microfossils are found, there are often controversies about their biological origin, since parameters that lead to a good preservation of microfossils are not well constrained. In a study published in Nature Communications, researchers from the University of Tübingen, Dr. Aude Picard (now at Harvard University in Cambridge, MA), Dr. Martin Obst, Professor Andreas Kappler, and Gregor Schmid, in collaboration with Dr. Luca Quaroni from the Paul Scherrer Institute in Villigen, Switzerland, show that microbial structures that are embedded in iron minerals are preserved under pressure and temperature conditions that occur during rock formation.

Some microaerophilic Fe(II)-oxidizing bacteria produce organo-mineral structures, so-called twisted stalks, in the presence of high iron and low oxygen concentrations. Nowadays such environments are limited to a few places on Earth, such as caves, mines, deep-sea hydrothermal vents and some lake and marine sediments. But in the past, when the oceans were rich in iron and oxygen started to accumulate in the atmosphere, these microorganisms would have thrived. If found in rocks having experienced a diagenetic history, these structures could help identify the presence of low oxygen concentrations in ancient iron-rich environments.

For this study, Dr. Aude Picard and colleagues Dr. Martin Obst and Gregor Schmid went sampling microbial mats in the historical Segen Gottes silver mine (Black Forest, SW Germany) that contained twisted stalks and submitted them to pressure and temperature conditions that are typically encountered during rock formation, e.g. up to 250°C and 140 MPa. Twisted stalks were then observed using microscopic and spectroscopic techniques, 1) to determine whether structures are preserved and 2) to characterize their mineral and organic composition and 3) to provide spectroscopic signatures that could be useful for microfossil search in the rock record.

Recommended For You  Oldest buckthorn fossilized flowers found in Argentina

Using confocal laser microscopy and electron microscopy, coupled with the use of advanced synchrotron techniques at the Swiss Light Source, in Villigen (Switzerland), and at the Canadian Light Source in Saskatoon, Canada, the team was able to show that not only the morphology of microbial twisted structures is preserved after long incubations under diagenetic conditions, but also organic remnants can be detected in the mineralized twisted structures. During this study they demonstrated the important role that iron plays in the preservation of these structures submitted to extreme conditions.  They finally provide experimental signatures that could be of use when studying rock samples. These new findings will help to better identify microfossils in the rock record, especially at a critical time on Earth when oxygen started to be an important component of the atmosphere.

Note : The above story is based on materials provided by University of Tübingen. 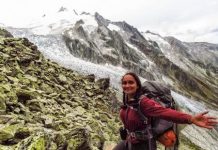 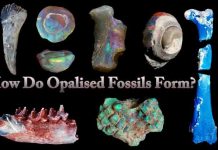 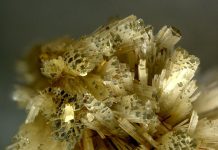