An isolated, iron-rich bay in the heart of East Africa is offering scientists a rare glimpse back into Earth’s primitive marine environment, and supports theories that tiny microbes created some of the world’s largest ore deposits billions of years ago.

According to University of British Columbia (UBC) research published this week in Scientific Reports, 30 per cent of the microbes in the Democratic Republic of the Congo’s Kabuno Bay grow by a type of photosynthesis that oxidizes (rusts) iron rather than converting water into oxygen like plants and algae.

“Kabuno Bay is a time machine back to Earth’s early history when iron-rich ocean chemistry prevailed,” said Marc Llirós of the University of Namur, first author of the paper.

“The bay is giving us real-world insight into how ancient varieties of photosynthesis may have supported Earth’s early life prior to the evolution of the oxygen producing photosynthesis that supports life today,” said UBC geomicrobiologist Sean Crowe, senior author of the study.

While iron-respiring bacteria were discovered in 1993, the new Scientific Reports study provides evidence that microorganisms could have been directly involved in depositing Earth’s oldest iron formations.

Before 2.3 billion years ago, there was little oxygen in the atmosphere but plenty of dissolved iron and many organisms like bacteria derived energy by metabolizing the metal. Many researchers believe iron-metabolizing microbes might have turned plentiful dissolved iron into minerals, which then settled out of seawater and deposited along the ocean floor.

The UBC study of the Kabuno Bay iron microbes supports that theory. The microbes metabolize iron and grow at rates high enough to indicate their ancient equivalents were capable of depositing some of the world’s largest sedimentary iron ore deposits, known as banded iron formations.

By oxidizing iron, these microorganisms likely helped shape the chemistry of Earth over billions of years, ultimately leading to the evolution of more complex life such as plants and animals. 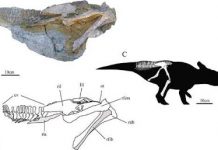 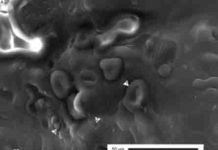 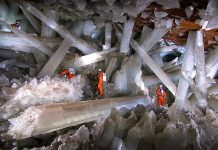 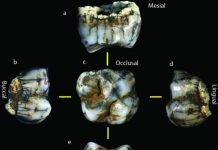