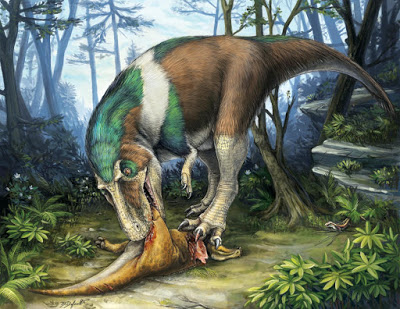 The Tyrannosaurus rex and its fellow theropod dinosaurs that rampage across the screen in movies like Jurassic World were successful predators partly due to a unique, deeply serrated tooth structure that allowed them to easily tear through the flesh and bone of other dinosaurs, says new research from the University of Toronto Mississauga (UTM).

The research, published in the journal Scientific Reports, was conducted by Kirstin Brink, a post-doctoral researcher in the Department of Biology at UTM; Professor Robert Reisz of the Department of Biology and the UTM vice-principal of graduate studies; and colleagues at the Royal Ontario Museum (ROM) and the National Synchrotron Radiation Research Center in Taiwan.

Brink and her colleagues determined that this deeply serrated—or sawlike—tooth structure is uniquely common to carnivorous theropods such as T. rex and Allosaurus, and even one of the first theropods, Coelophysis. Other extinct animals had teeth that were superficially similar, but it was the special arrangement of tissues inside the tooth that strengthened and improved the function of the teeth. The deep serrations made them much more efficient at chomping on bones and ripping flesh of larger animals and reptiles, and allowed them to prosper for about 165 million years as fearsome, top predators.

The only reptile living today that has the same superficial tooth structure is the Komodo dragon, native to Indonesia. It, too, preys on larger animals.

“What is so fascinating to me is that all animal teeth are made from the same building blocks, but the way the blocks fit together to form the structure of the tooth greatly affects how that animal processes food,” Brink said. “The hidden complexity of the tooth structure in theropods suggests that they were more efficient at handling prey than previously thought, likely contributing to their success.”

She and her colleagues also found that the unique arrangement of tooth tissues did not develop in response to these carnivores chewing hard materials. They determined this by examining samples of dinosaur teeth that had not yet broken through the gums, as well as samples from mature dinosaur teeth. Unlike humans, reptiles grow new teeth throughout their lifetimes.

“What is startling and amazing about this work is that Kirstin was able to take teeth with these steak knife-like serrations and find a way to make cuts to obtain sections along the cutting edge of these teeth,” said Reisz. “If you don’t cut them right, you don’t get the information.

“This brought about a developmental explanation for the tooth formation; the serrations are even more spectacular and permanent.”

Brink and colleagues used a scanning electron microscope – a very powerful microscope—and a synchrotron – a microscope that allows the user to understand a substance’s chemical composition—to do a thorough examination and analysis of tooth slices from eight carnivorous theropods, including T. rex, Allosaurus, Coelophysis and Gorgosaurus. The samples came from various museums, including the ROM, the Canadian Museum of Nature in Ottawa, and the Royal Tyrrell Museum in Alberta.

Reisz noted that his research lab has focused on teeth in the context of their workings within the jaw, making possible a broader understanding of the value of this discovery. 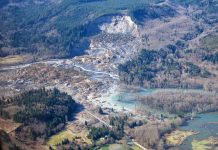 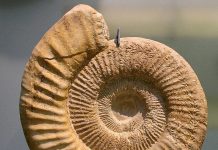 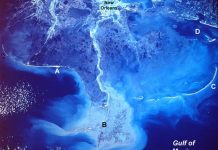