Young Aiden Taylor loves all things dinosaur, so it seemed only natural for him to participate in The University of Alabama’s Museum Expedition this summer.

The 12-year-old Bay Minette native, however, found something that ignited his passion for paleontology even more during his week-long adventure in Greene County.

Taylor recently discovered a baseball-sized neck vertebra from an elasmosaur.

“Half of it was sticking out of the ground,” Taylor said. “It was huge, twice the size of my fist, and I knew I found something good. I yelled to everyone to come over.”

“The other types of reptile vertebrae that we commonly find in the Mooreville chalk—the geological formation where the vertebrae was found—belong to mosasaurs,” he said. “Mosasaur vertebrae look much different, with a front side that is concave and a back side that is convex. Elasmosaurs, on the other hand, have flattened front and back surfaces.”

A subgroup of the late Cretaceous plesiosaurs, elasmosaurid plesiosaurs are easily recognized by their large body size – some species reach up to 45 feet in length. Although elasmosaurs lived near the end of the dinosaur age – from about 90 million to 65 million years ago – Ehret said the species was not a dinosaur.

Plesiosaurs became extinct by the end of Cretaceous, or about 65.5 million years ago, and they are rare in the fossil record for Alabama. The first elasmosaurid specimen containing more than one or two bones found in the state was discovered in the late 1960s. It consisted of 22 vertebrae, and it is now part of UA Collections. Middle school student Noah Traylor made the second discovery two years ago, also while participating in the middle school Museum Expedition.

The specimen will be prepared and cleaned in the Paleontology Prep Lab, then examined and kept in the collections with the other vertebrae collected two years ago. Ehret said museum staff will continue to check the site periodically to see if more of the specimen erodes out of the chalk. He has also reached out to a professor at Marshall University who specializes in plesiosaurs in an attempt to arrange a visit.

“Finds like this are important because it gives paleontologists a picture into what life was like 80 million years ago in Alabama,” he said. “While we typically find mosasaurs, fish, turtles, sharks, invertebrates and even bird fossils sometimes, elasmosaur fossils tend to be extremely rare.

“When we do find these types of specimens, it helps us to flesh out a more accurate picture of what the Cretaceous sea off the coast of Alabama looked like.

“We can also use these types of specimens to look at how faunas change through time and how reptiles, fish, sharks and invertebrates respond to changes in climate and environment. This is important today because we are undergoing climate changes that are unprecedented in the last 50 plus million years. Fossils can be important for looking at how different groups respond to these large-scale change,” he added.

For Taylor, it’s a great memory that he will carry with him for the rest of his life.

Note: The above post is reprinted from materials provided by University of Alabama in Tuscaloosa. 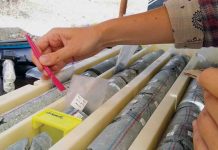 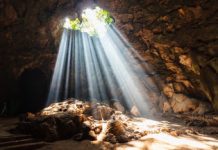 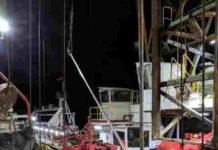 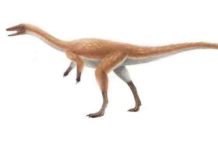