Modern science is shining light on Jurassic rock, associating the organic remains of ancient bacteria with an increased likelihood of striking gold.
Curtin University researcher Siyu Hu has discovered a link between million-year-old rocks containing certain types of organic matter and the prehistoric deposition of gold.

It works by associating tiny changes in the frequency of reflected light with molecular differences in matter.

Ms Hu gathered her samples from New Zealand’s largest gold mine, the Macraes mine in Otago, which contains a grab-bag of rock types created by exposure to different temperatures and pressures, all formed in a melting pot up to eight kilometres beneath the Earth’s surface.

“These rocks were metamorphosed in the Jurassic, several hundred million years ago, and they’ve been uplifted by the Earth’s movement, so they lift up and explode onto the surface,” Ms Hu says.

“The first is gold captured in quartz veins…this is very common, because gold is always transported by fluid and then deposits, mostly in quartz veins,” she says.

“The second kind is more interesting, because the gold is captured in graphitic rock in the host rock, which means there are no veins.”

“The host rock contained a lot of organic matter, and probably, when the gold fluid passed through this area millions of years ago, this organic matter very slowly trapped the gold.”

Ms Hu’s work identified four types of organic matter in host rock samples from Macraes, each typified by characteristic Raman spectra and associated with rock created at a particular temperature.

Two of these types—Type 1 and Type 4—coexisted with gold-bearing sulfide minerals, indicating they may have played a role in forming the gold deposit.

While the origin of Type 4 is at yet unknown, Ms Hu associates Type 1 with ancient bacteria, suggesting the action of sulphide-reducing bacteria may have helped extract or adsorb gold, concentrating it for future reaction into gold and sulphide mineral deposits.

Ms Hu is continuing to investigate the link between Types 1 and 4 organic matter and the presence of gold. 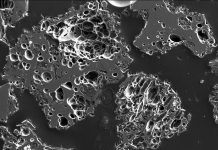 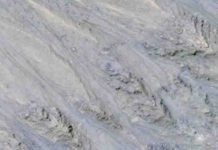 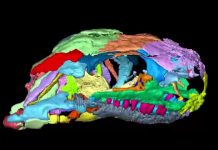 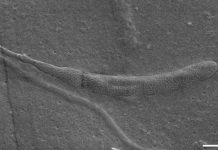