Almost since the time of Melville’s epic hunt, scientists have been fascinated by the remarkable attributes of the sperm whale and its kin, the smaller pigmy and dwarf whales. Capable of diving to great depths and gifted with an acute sense of echolocation, these animals have remained inseparable from maritime lore.
An international team of scientists, led by the Natural History Museum of Los Angeles County’s Curator of Marine Mammals Dr. Jorge Velez-Juarbe, has discovered a new species of an extinct pigmy sperm whale from Panama that clarifies key aspects of the evolution of these magnificent animals. The report published in the journal PLOS ONE  reveals an unexpected level of complexity in the evolution of the spermaceti of these whales, an organ located within the head that plays a key role in the generation of sound and in the whale’s capacity for echolocation.

Whales, dolphins, and porpoises have a long fossil record, which documents the evolutionary journey from terrestrial ancestors to the fully marine organisms of today. Such a record has enabled scientists to better understand how changes in climate and continental distribution have transformed the marine ecosystems and the diversity life forms that they host. Yet, the poor fossil record of the smaller relatives of the well-known sperm whale, the 8- to 12-foot-long pigmy and dwarf sperm whales, has limited our understanding of the evolution of these mysterious animals.

Discovered and studied by a team of scientists from the NHM, Iowa State University, and the Smithsonian Tropical Research Institute, the new Panamanian fossil whale affords fresh evidence to this old problem.

“The new discovery gives us a better understanding of the ancient distribution of these poorly known relatives of the sperm whale,” said Dr. Velez-Juarbe. “Previously we knew of similarly-aged pigmy and dwarf whales from Baja California and Peru, but this new fossil fills in an important geographic gap in the group’s ancient distribution.”

The new whale species, named Nanokogia isthmia after the Isthmus of Panama, is known from the well-preserved skulls of two individuals, which remains were unearthed at a sea cliff along the Caribbean coast of Panama and from rock layers dated to about 7 million years ago. “Our study is part of a larger scientific effort aimed at understanding the changes in the marine habitats that resulted from the complete closure of the Isthmus of Panama,” said Dr. Velez-Juarbe, referring to the separation between the eastern Pacific Ocean and the Caribbean Sea that took place sometime within the last 10 million years.

These rare fossils are among a handful other fossil whales known from Panama, where fossil hunting is often difficult due to the dense vegetation and thick soils that often covers the surface. Resurrected from their million-year-old entombment, the new fossils tell us that the evolution of characteristics related to sound emission and echolocation was far more complex than previously envisioned. The new study shows that at one time, these small sperm whales had a much larger spermaceti organ, which got downsized at least twice during the evolutionary history of these animals (including the evolutionary event that gave origin to the living pigmy and dwarf sperm whales). The reasons of this size reduction remain unclear; scientists would have to find more complete skeletons of Nanokogia and other closely related species to untangle the question. For now, Dr. Velez-Juarbe continues to explore the prehistoric seas of Central America–Captain Ahab would have been proud. 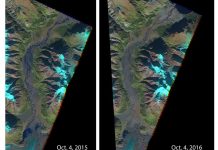 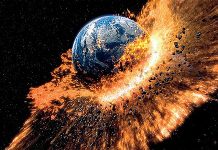 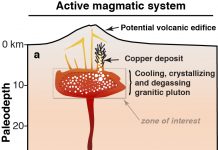