Engineers at Oregon State University have completed one of the most precise evaluations yet done about the impact of a major tsunami event on the Columbia River, what forces are most important in controlling water flow and what areas might be inundated.
They found, in general, that tidal stages are far more important than river flow in determining the impact of a tsunami; that it would have its greatest effect at the highest tides of the year; and that a tsunami would be largely dissipated within about 50 miles of the river’s mouth, near Longview, Wash.

Any water level increases caused by a tsunami would be so slight as to be almost immeasurable around the Portland metropolitan area or Bonneville Dam, the study showed. But water could rise as much as 13 feet just inside the mouth of the Columbia River, and almost 7 feet within a few miles of Astoria.

“There have been previous models of Columbia River run-up as a result of a tsunami, but they had less resolution than this work,” said David Hill, an associate professor of civil engineering in the OSU College of Engineering. “We carefully considered the complex hydrodynamics, subsidence of grounds that a tsunami might cause, and the impacts during different scenarios.”

The impact of tsunamis on rivers is difficult to predict, researchers say, because many variables are involved that can either dampen or magnify their effect. Such factors can include the width and shape of river mouths, bays, river flow, tidal effects, and other forces.

But the major tsunami in Japan in 2011, which was caused by geologic forces similar to those facing the Pacific Northwest, also included significant inland reach and damage on local rivers. As a result, researchers are paying increased attention to the risks facing residents along such rivers.

The OSU research has been published in the Journal of Waterway, Port, Coastal and Ocean Engineering, by Hill and OSU graduate student Kirk Kalmbacher. It’s based on a major earthquake on the Cascadia Subduction Zone and a resulting tsunami, with simulations done at different rivers flows; and high, low, flood and ebb tides.

Of some interest is that the lowest elevation of a tsunami wave generally occurs at a high tide, but its overall flooding impact is the greatest because the tide levels are already so high. Because of complex hydrodynamic interactions, the study also found that only on a flood tide would water actually wash up and over the southern spit of the Columbia River mouth, with some local flooding based on that.

Tides, overall, had much more impact on the reach of a tsunami than did the amount of water flowing in the river.

“We were a little surprised that the river’s water flow didn’t really matter that much,” Hill said. “The maximum reach of a tsunami on the Columbia will be based on the tidal level at the time, and of course the magnitude of the earthquake causing the event.”

Based on a maximum 9.0 magnitude earthquake and associated tsunami, at the highest tide of the year, the research concluded:

Maps have been developed as a result of this research that make more precise estimates of the areas which might face tsunami-induced flooding. They should aid land owners and land use planners, Hill said, in making improved preparations for an event that researchers now say is inevitable in the region’s future. Experts believe this region faces subduction zone earthquakes every 300-600 years, and the last one occurred in January, 1700.

There are some noted differences in the projections on these newer maps and older ones, Hill said.

Note: The above story is based on materials provided by Oregon State University. 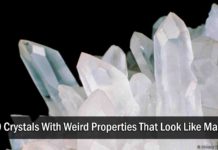 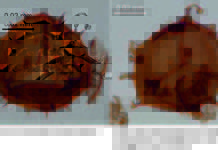 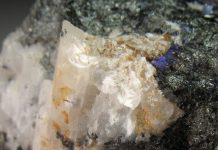