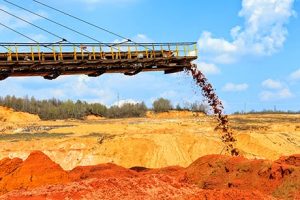 A global “gold rush” has led to a significant increase of deforestation in the tropical forests of South America.

This is according to new research publish today, 14 January, in IOP Publishing’s journal Environmental Research Letters, which has highlighted the growing environmental impact of gold mining in some of the most biologically diverse regions in the tropics.

Researchers from the University of Puerto Rico have shown that between 2001 and 2013, around 1680 km2 of tropical forest was lost in South America as a result of gold mining, which increased from around 377 km2 to 1303km2 since the global economic crisis in 2007.

Furthermore, around 90 per cent of this forest loss occurred in just four areas and a large proportion occurred within the vicinity of conservation areas.

Lead author of the research Nora L. Álvarez-Berríos said: “Although the loss of forest due to mining is smaller in extent compared to deforestation caused by other land uses, such as agriculture or grazing areas, deforestation due to mining is occurring in some of the most biologically diverse regions in the tropics. For example, in the Madre de Dios Region in Perú, one hectare of forest can hold up to 300 species of trees.”

Driven by personal consumption and uncertainty in global financial markets, global gold production has increased to meet rising demand, increasing from around 2445 metric tons in 2000 to around 2770 metric tons in 2013.

This has stimulated new gold mining activities around the world and made it feasible to mine for gold in areas that were not previously profitable for mining, such as deposits underneath tropical forests.

This can lead to extensive forest loss and result in serious environmental and ecological impacts, caused by the removal of vegetation, the set-up of roads and railways for access and the creation of unorganised settlements.

Some of the long-term impacts include the failure of vegetation to regrow, changing of rainfall patterns, the permanent loss of biodiversity, and a release of CO2 into the atmosphere.

In their study, the researchers sought to quantify the impacts of gold mines in tropical forests by creating a geographical database that highlighted the location of newly developed mines between 2000 and 2013.

The database was then cross-referenced with annual land cover maps showing the change of forest cover over the same period.

Although there was little deforestation inside strict protection areas, around a third of the total deforestation occurred within a 10-km buffer zone around these areas and thus made the areas susceptible to harmful impacts from chemical pollutants that are dispersed from a mining area.

Recommended For You  Satellites confirm sinking of San Francisco tower

“To decrease the amount of deforestation that is occurring as a result of gold mining in the tropical forests, it is important that awareness is raised among gold consumers to understand the environmental and social impacts of buying gold jewellery or investing in gold.

“It is important to also encourage more responsible ways of extracting gold by helping miners to extract in a more efficient way to reduce deeper encroachment into the forests,” continued Álvarez-Berríos.

Note : The above story is based on materials provided by Institute of Physics. 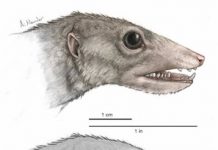 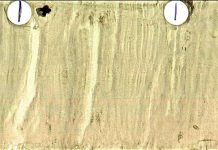 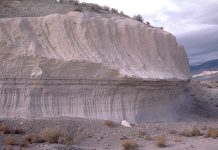 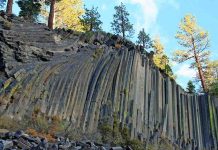