The reconstruction of the early stages of social evolution in the fossil record is a challenge, as these behaviors often do not leave concrete traces. Among these behaviors, parental care represents a significant behavioral adaptation in life history and, as one of the core levels of arthropod sociality, has a wealth of sociobiological and behavioral ecological theory. Parental care has evolved independently numerous times among animals, including various lineages of insects and many vertebrates, including dinosaurs.
Professor HUANG Diying from the Nanjing Institute of Geology and Palaeontology, Chinese Academy of Sciences and his team, reported a unique discovery of diverse transitional carrion beetles (Silphidae) from the Middle Jurassic Daohugou biota (ca. 165 Ma) at Ningcheng County, Inner Mongolia, the Early Cretaceous Jehol biota (ca. 125 Ma) at Beipiao City, Liaoning Province of China and the mid-Cretaceous Burmese amber (ca. 99 Ma). The research is published online in Proceedings of the National Academy of the Sciences (P.N.A.S.) on September 16, 2014.

With fewer than 200 extant species, Silphidae are among the largest and most conspicuous of the staphylinoid Coleoptera. Silphid parental care has been intensively studied with several attempts to explain its origin and subsequent evolution. Fossil evidence that elucidates the origin and evolutionary history of this phenomenon is lacking, although modern-looking silphids have been discovered from the Late Eocene (ca. 35 Ma) of Florissant, Colorado. In recent years, HUANG Diying and his PhD student CAI Chenyang have collected a large number of well-preserved Mesozoic silphids, including 37 specimens from the Daohugou biota, 5 specimens from the Jehol biota, and 6 individuals preserved in Burmese amber, which provides new insights into the origin and early evolution of elaborate parental care in Silphidae.

The diverse silphids from Daohugou extend the earliest records of the family by about 130 million years, while they are close to modern forms as evidenced by their clubbed antennae, large mesoscutellum and truncate elytra. SEM studies show that two types of sensory organs are recognizable on the antennal club of the Jurassic silphids, perfectly corresponding to those in extant nicrophorine beetles, namely sensilla coelosphaerica and sensilla basiconica. The identical olfactory structures indicate that silphids in the Jurassic were already adapted to detecting sulfur-containing volatile organic compounds over long ranges, just as in extant nicrophorines and most silphines. Mesozoic silphids may have been significant scavengers and important to the breakdown and recycling of carcasses in such ancient ecosystems before the emergence of blow flies (Calliphoridae).

The Cretaceous silphids, although very similar to the Jurassic ones, possess a pair of stridulatory files on abdominal tergite used in parent-offspring communication like those found in extant Nicrophorinae. The modern Nicrophorus (burying beetles) can provide elaborate biparental care to their offspring, including exploiting small vertebrate carcasses (early birds or mammals) and burying them in soil as a source of nutrition for their larvae. The buying beetles are well known as subsocial insects. The innovation of stridulatory files in Nicrophorinae for parent-offspring communication and defense is critically linked to the origin of parental care. Competition for resources and predation has been hypothesized as ecological factors important to the evolution of parental care. Before the emergence of the potential competitors such as blow flies, the threat of predation, potentially by some derived staphylinine rove beetles (Staphylinidae) with large predatory mandibles, may have triggered the origin of parental care among ancient carrion beetles.

The subsocial carrion beetles from the Jehol biota represent the oldest fossil record for (sub-) social insects, older than earliest ants from mid-Cretaceous French amber (ca. 100 Ma), the earliest bees from Burmese amber (ca. 99 Ma) and the earliest termites. Although the Mesozoic silphids from China are very similar to some modern forms, they have significantly different antennal types, while slightly younger silphids from Burmese amber have lamellate antennae are very morphologically close to modern burying beetles. These mid-Cretaceous burying beetles may have exploited and buried small rodents or birds (usually < 200 gram) as a source of nutrition for their larvae

With the origin of derived mammals in the Late Triassic, early silphids might have already derived from their staphyliniform ancestors at that time. The continuous presence of carrion in the early ecosystem probably resulted in very little change of silphid morphology.

Note : The above story is based on materials provided by Nanjing Institute of Geology and Palaeontology Chinese Academy of Sciences. 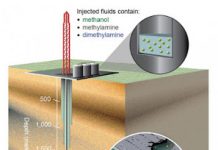 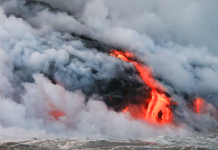 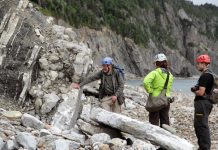