Geologists have come to the tentative conclusion that relatively young Mesoproterozoic bedrock lies deep beneath the Nullabor, wedged between two much older formations.

These formations are the Yilgarn Craton to the west and South Australia’s Gawler Craton, both former tectonic plates.

Geological Survey of Western Australia geologist Ian Tyler says data from a seismic survey along 860 km of railway line, from Haig east of Kalgoolie to Tarcoola in South Australia, is still being interpreted.

It covers largely under-explored areas between two of the world’s most prospective geological regions.

Dr Tyler says the survey, completed in February, completes an east–west transect of the continent to study the Australian crust’s structure.

“People may be more familiar with seismic surveys where they look at fairly shallow depths to around five or six kilometres, looking for oil in shallow basins,” he says.

“What we’ve been doing over the last 15 years or so in Australia is looking at greater depths to the full depth of the crust.”

He says they used the vibroseis seismic reflection technique for this survey, whereby a series of trucks create a seismic signal by vibrating heavy plates laid on the ground through a series of known frequencies.

As it travels through the earth’s crust, various surfaces within the crust reflect the signal back, where geophones laid along the ground detect it.

By listening for 20 seconds, they are able to pick up signals to a depth of 60 km, being the thickness of the Earth’s crust.

He says very little is currently known about the province’s geology as it is has no outcrops, being covered by about 400 m of limestone, concealing deeper structures.

“First of all you’ve got the Eucla Basin sitting on top which is an old sea floor essentially sitting on an old basement.

“But the rocks underneath are like nothing we’ve probably seen in outcrops anywhere else on the Australian continent.”

He says they gained additional information about these rocks by drilling eight stratigraphic holes through the limestone.

The basement structure appears to be a much younger piece of crust, 1600-1000 million years old, trapped between Archean era Yilgarn and Gawler Cratons.

“This may represent a history of ocean basin closure and collision during that period but this is speculation,” Dr Tyler says.

“We are in the middle of the processing period so we won’t actually release the data to the public until it’s been processed.” 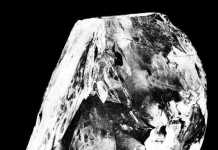 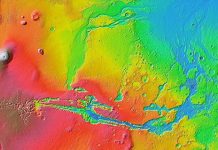 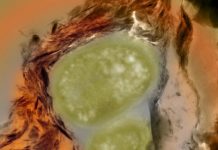