Molten rock (or magma) has a strong influence on our planet and its inhabitants, causing destructive volcanic eruptions and generating some of the giant mineral deposits. Our understanding of these phenomena is, however, limited by the fact that most magma cools and solidifies several kilometres beneath our feet, only to be exposed at the surface, millions of years later, by erosion. Scientists have never been able to track the movements of magma at such great depths… that is, until a team from the University of Geneva (UNIGE) discovered an innovative technique, details of which will be published in the next issue of the journal Nature.

It is a story of three scientists: a modelling specialist, an expert in a tiny mineral known as “zircon,” and a volcanologist. Following a casual conversation, the researchers stumbled upon an idea, and eventually a new method to estimate the volume and flow of magma required for the construction of magma chambers was shaped. The technique they developed makes it possible to refine predictions of future volcanic eruptions as well as identifying areas of the planet that are rich in magma-related natural resources.

Zircon: a valuable mineral for scientists

Professor Urs Schaltegger has been studying zircon for more than ten years in his laboratory at UNIGE, one of the world’s few labs in this field. “The zircon crystals that are found in solidified magma hold key information about the injection of molten rock into a magma chamber before it freezes underground,” explains the professor. Zircon contains radioactive elements that enable researchers to determine its age. As part of the study, the team from the Section of Earth and Environmental Sciences of UNIGE paired data collected using natural samples and numerical simulation. As Guy Simpson, a researcher at UNIGE further explains: “Modelling meant that we could establish how the age of crystallised zircon in a cooled magma reservoir depends on the flow rate of injected magma and the size of the reservoir.”

Applications for society and industry

In the Nature article, the researchers propose a model that is capable of determining with unprecedented accuracy the age, volume and injection rate of magma that has accumulated at inaccessible depths. As a result, they have established that the formation of Earth’s crust, volcanic super eruptions and mineral deposits occur under very specific yet different conditions. Professor Luca Caricchi adds: “When we determine the age of a family of zircons from a small sample of solidified magmatic rock, using results from the mathematical model we have developed, we can tell what the size of the entire magma chamber was, as well as how fast the magma reservoir grew.” The professor continues: “This information means that we can determine the probability of an explosive volcanic eruption of a certain size to occur. In addition, the model will be of interest to industry because we will be able to identify new areas of our planet that are home to large amounts of natural resources such as copper and gold.”

Note : The above story is based on materials provided by Université de Genève. 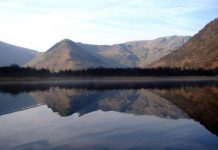 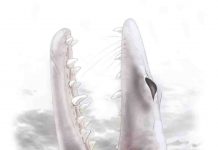 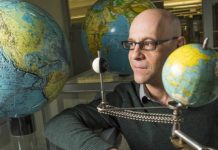 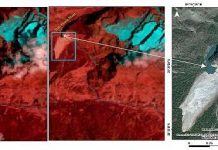