Cabo Pulmo is a close-knit community in Baja California Sur, Mexico, and the best preserved coral reef in the Gulf of California. But now the lands adjacent to the reef are under threat from a mega-development project, “Cabo Dorado,” should construction go ahead.

Scientists at the University of California, Riverside have published a report on the terrestrial biodiversity of the Cabo Pulmo region that shows the project is situated in an area of extreme conservation value, the center of which is Punta Arena, an idyllic beach setting proposed to be completely cleared to make way for 20,000+ hotel rooms.

“Until recently, the biological value of the lands adjacent to the coral reef of Cabo Pulmo had remained a mystery,” said UC Riverside’s Benjamin Wilder, who helped produce the report. “We now know that these desert lands mirror the tropical waters in importance. This desert-sea ecosystem is a regional biodiversity hotspot.”

According to Wilder, if the Cabo Dorado project proceeds as planned, the regionally endemic plant species and vegetation of Punta Arena will be made extinct.

“Forty-two plants and animals on the Mexican endangered species list would lose critical habitat, two recently described plant species only known from Punta Arena would be lost entirely, and development of the sand dunes of Punta Arena would imperil the most diverse coral reef in the Gulf of California,” he said.

The report resulted from a survey conducted in November 2013 that in just a week’s time documented 560 plants and animals on the land surrounding Cabo Pulmo. The report highlights the unique and ecologically important habitats of the sand spit, Punta Arena, the core zone of the pending development proposal.

The ‘bioblitz’ and resulting report were organized by UCR alum Sula Vanderplank, a biodiversity explorer with the Botanical Research Institute of Texas, and Wilder, a Ph.D. graduate student in the Department of Botany and Plant Sciences, with their advisor Exequiel Ezcurra, a professor of ecology at UCR. The report represents a binational collaboration of 22 scientists from 11 institutions that participated in the expedition and are the top experts on the plants, birds, mammals, and reptiles of Baja California. The survey was organized using the Next Generation of Sonoran Desert Researchers network to assemble a ‘dream-team’ of field biologists.

Ezcurra, the director of UC MEXUS and an acclaimed conservationist, said, “We need to take a careful look at such large scale development projects. Far too many times along the coasts of Mexico we have seen the destruction of areas of great biological importance and subsequent abandonment. By incorporating the natural wealth of the region into development initiatives we can collectively pursue a vision of a prosperous future for our communities that matches the grandeur of the regional landscape.”

In the early 1990s the local community of Cabo Pulmo saw that overfishing was greatly depleting the coral reef ecosystem. The community shifted its local economy to ecotourism and non-extractive livelihoods, and lobbied the Mexican government to make the reef a national park, which was realized in 1995. Since that time there has been a more than 460 percent increase in the total amount of fish in the reserve — the most robust marine reserve in the world.

Wilder, Ezcurra and Vanderplank stress in the report that it is very important that development in this area take into account the inherent limitations of resources, especially fresh water, in a desert setting; the unique habitats found at Punta Arena and the coral reefs of Cabo Pulmo; and, perhaps most important, the local community of Cabo Pulmo.

“We were surprised to see that these desert lands mirrored the biological diversity of the adjacent coral sea,” Wilder said. “Specifically we were not expecting to find such a concentration of rare and endemic taxa in the single region of Punta Arena. This unique biodiversity results from regional geologic forces that were previously un-investigated.

“The bottom line is that the scale of the proposed development, more than 20,000 hotel rooms, is completely disconnected from the ecology of this desert region,” he added. “Any development in the area must account for and sustain the areas natural wealth as well as the local communities of Cabo Pulmo and the nearby town of La Ribera.”

The research team has proposals pending to better understand the linkage between the desert-sea interface of this coastal area. Their aim is to further establish the value of the biological richness of Cabo Pulmo and Punta Arena.

The final report, which based on the scientific results recommends an extension of the Cabo Pulmo National Park to include Punta Arena, was delivered at a public hearing to SEMARNAT, the Mexican federal environmental department. SEMARNAT is expected to make a decision on the future of the Cabo Dorado project by June 15, 2014.

The report is available here 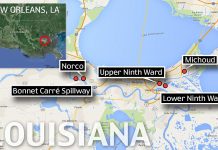 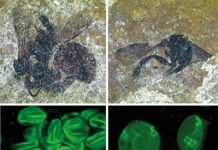