Chemical Formula: NaBa2Ce2FeTi2[Si4O12]2O2(OH,F)·H2O
Locality: Benitoite Gem mine, head waters of the San Benito River, Joaquin Ridge, Diablo Range, 1 mile south of Santa Rita Peak, San Benito Co. California.
Name Origin: Named after its locality.
Joaquinite, which was discovered in 1909, is a pretty rare mineral. It is most renown for its association with other exotic minerals such as the sapphire blue benitoite, the red-black neptunite and the snow white natrolite. If it were not for these minerals which are found in San Benito County, California; joaquinite might not be so well known. It forms typically small, sparkling, brown to yellow, well formed crystals usually scattered on massive green serpentine.

Joaquinite is a product of some very unusual hydrothermal solutions. These solutions contained the elements titanium, niobium, lithium, barium, niobium, manganese, fluorine, cerium and several others. Anyone of them by themselves is not that unusual, but together in one solution and in such high concentrations is quite unusual. How they came to be combined like this is not yet well understood, but their product of unusual silicate minerals is much appreciated. 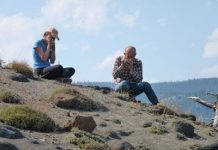 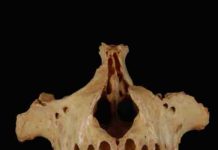 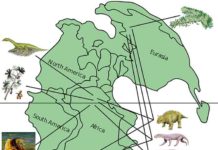 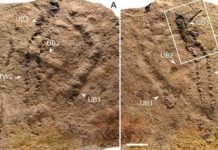