A team of scientists has successfully identified the age of 120,000-year-old Antarctic ice using radiometric krypton dating — a new technique that may allow them to locate and date ice that is more than a million years old.

The ability to discover ancient ice is critical, the researchers say, because it will allow them to reconstruct the climate much farther back into Earth’s history and potentially understand the mechanisms that have triggered the planet to shift into and out of ice ages.

Results of the discovery are being published this week in the Proceedings of the National Academy of Sciences. The work was funded by the National Science Foundation and the U.S. Department of Energy.

“The oldest ice found in drilled cores is around 800,000 years old and with this new technique we think we can look in other regions and successfully date polar ice back as far as 1.5 million years,” said Christo Buizert, a postdoctoral researcher at Oregon State University and lead author on the PNAS article. “That is very exciting because a lot of interesting things happened with Earth’s climate prior to 800,000 years ago that we currently cannot study in the ice core record.”

Krypton dating is much like the more-heralded carbon-14 dating technique that measures the decay of a radioactive isotope — which has constant and well-known decay rates — and compares it to a stable isotope. Unlike carbon-14, however, krypton is a noble gas that does not interact chemically and is much more stable with a half-life of around 230,000 years. Carbon dating doesn’t work well on ice because carbon-14 is produced in the ice itself by cosmic rays and only goes back some 50,000 years.

Though scientists have been interested in radiokrypton dating for more than four decades, krypton-81 atoms are so limited and difficult to count that it wasn’t until a 2011 breakthrough in detector technology that krypton-81 dating became feasible for this kind of research. The new atom counter, named Atom Trap Trace Analysis, or ATTA, was developed by a team of nuclear physicists led by Zheng-Tian Lu at Argonne National Laboratory near Chicago.

In their experiment at Taylor Glacier in Antarctica, the researchers put several 300-kilogram (about 660 pounds) chunks of ice into a container and melted it to release the air from the bubbles, which was then stored in flasks. The krypton was isolated from the air at the University of Bern, Switzerland, and sent to Argonne for krypton-81 counting.

“The atom trap is so sensitive that it can capture and count individual atoms,” said Buizert, who is in OSU’s College of Earth, Ocean, and Atmospheric Sciences. “The only problem is that there isn’t a lot of krypton in the air, and thus there isn’t much in the ice, either. That’s why we need such large samples to melt down.”

The group at Argonne is continually improving the ATTA detector, researchers there say, and they aim to perform analysis on an ice sample as small as 20 kilograms in the near future.

The researchers determined from the isotope ratio that the Taylor Glacier samples were 120,000 years old, and validated the estimate by comparing the results to well-dated ice core measurements of atmospheric methane and oxygen from that same period.

“Most people assume that it’s a question of just drilling deeper for ice cores, but it’s not that simple,” said Edward Brook, an Oregon State University geologist and co-author on the study. “Very old ice probably exists in small isolated patches at the base of the ice sheet that have not yet been identified, but in many places it has probably melted and flowed out into the ocean.”

There also are special regions where old ice is exposed at the edges of an ice field, Brook pointed out.

“The international scientific community is really interested in exploring for old ice in both types of places and this new dating will really help,” Brook said. “There are places where meteorites originating from Mars have been pushed out by glaciers and collect at the margins. Some have been on Earth for a million years or more, so the ice in these spots may be that old as well.”

Buizert said reconstructing Earth’s climate back to 1.5 million years is important because a shift in the frequency of ice ages took place in what is known as the Middle Pleistocene transition. Earth is thought to have shifted in and out of ice ages every 100,000 years or so during the past 800,000 years, but there is evidence that such a shift took place every 40,000 years prior to that time.

“Why was there a transition from a 40,000-year cycle to a 100,000-year cycle?” Buizert said. “Some people believe a change in the level of atmospheric carbon dioxide may have played a role. That is one reason we are so anxious to find ice that will take us back further in time so we can further extend data on past carbon dioxide levels and test this hypothesis.” 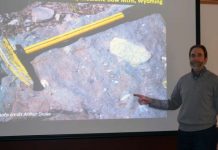 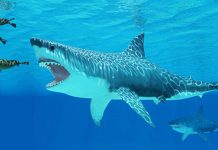 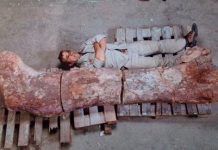