Researchers recently noticed that the remains of woolly mammoths from the North Sea often possess a ‘cervical’ (neck) rib — in fact, 10 times more frequently than in modern elephants (33.3% versus 3.3%). In modern animals, these cervical ribs are often associated with inbreeding and adverse environmental conditions during pregnancy. If the same factors were behind the anomalies in mammoths, this reproductive stress could have further pushed declining mammoth populations towards ultimate extinction.

Mammals, even the long-necked giraffes and the short-necked dolphins, almost always have seven neck vertebrae (exceptions being sloths, manatees and dugongs), and these vertebrae do not normally possess a rib. Therefore, the presence of a ‘cervical rib’ (a rib attached to a cervical vertebra) is an unusual event, and is cause for further investigation. A cervical rib itself is relatively harmless, but its development often follows genetic or environmental disturbances during early embryonic development. As a result, cervical ribs in most mammals are strongly associated with stillbirths and multiple congenital abnormalities that negatively impact the lifespan of an individual.

Researchers from the Rotterdam Museum of Natural History and the Naturalis Biodiversity Center in Leiden examined mammoth and modern elephant neck vertebrae from several European museum collections. “It had aroused our curiosity to find two cervical vertebrae, with large articulation facets for ribs, in the mammoth samples recently dredged from the North Sea. We knew these were just about the last mammoths living there, so we suspected something was happening. Our work now shows that there was indeed a problem in this population,” said Jelle Reumer, one of the authors on the study published today in the open access journal PeerJ.

The incidence of abnormal cervical vertebrae in mammoths is much higher than in the modern sample, strongly suggesting a vulnerable condition in the species. Potential factors could include inbreeding (in what is assumed to have been an already small population) as well as harsh conditions such as disease, famine, or cold, all of which can lead to disturbances of embryonic and fetal development. Given the considerable birth defects that are associated with this condition, it is very possible that developmental abnormalities contributed towards the eventual extinction of these late Pleistocene mammoths. 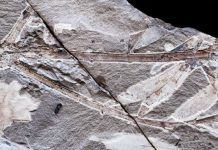 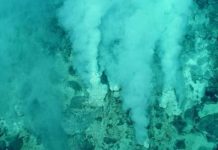