Jeff Benca is an admitted über-geek when it comes to prehistoric plants, so it was no surprise that, when he submitted a paper describing a new species of long-extinct lycopod for publication, he ditched the standard line drawing and insisted on a detailed and beautifully rendered color reconstruction of the plant. This piece earned the cover of March’s centennial issue of the American Journal of Botany.

Benca described this 400-million-year-old fossil lycopod, Leclercqia scolopendra, and created a life-like computer rendering. The stem of the lycopod is about 2.5 millimeters across.

“Typically, when you see pictures of early land plants, they’re not that sexy: there is a green forking stick and that’s about it. We don’t have many thorough reconstructions,” said Benca, a graduate student in the Department of Integrative Biology and Museum of Paleontology at UC Berkeley. “I wanted to give an impression of what they may have really looked like. There are great color reconstructions of dinosaurs, so why not a plant?”

Benca’s realistic, full-color image could be a life portrait, except for the fact that it was drawn from a plant that lay flattened and compressed into rock for more than 375 million years.

Called Leclercqia scolopendra, or centipede clubmoss, the plant lived during the “age of fishes,” the Devonian Period. At that time, lycopods — the group Leclercqia belonged to — were one of few plant lineages with leaves. Leclercqia shoots were about a quarter-inch in diameter and probably formed prickly, scrambling, ground-covering mats. The function of Leclercqia’s hook-like leaf tips is unclear, Benca said, but they may have been used to clamber over larger plants. Today, lycopods are represented by a group of inconspicuous plants called club mosses, quillworts and spikemosses.

Both living and extinct lycopods have fascinated Benca since high school. When he came to UC Berkeley last year from the University of Washington, he brought a truckload of some 70 different species, now part of collections at the UC Botanical Garden.

Now working in the paleobotany lab of Cindy Looy, Berkeley assistant professor of integrative biology, Benca continues to establish a growing list of living lycopod species, several of which will eventually be incorporated into the UC and Jepson Herbaria collections.

Benca and colleagues wrote their paper primarily to demonstrate a new technique that is helping paleobotanists interpret early land plant fossils with greater confidence. Since living clubmosses share many traits with early lycopods, the research team was able to test their methods using living relatives Benca was growing in greenhouses.Early land plant fossils are not easy to come by, but they can be abundant in places where rocks from the Devonian Period form outcrops. But a large portion of these are just stem fragments with few diagnostic features to distinguish them, Benca said.

“The way we analyzed Leclercqia material makes it possible to gain more information from these fragments, increasing our sample size of discernible fossils,” he said.

“Getting a better grip on just how diverse and variable Devonian plants were will be important to understanding the origins of key traits we see in so many plants today.” Looy said. Benca’s co-authors are Maureen H. Carlisle, Silas Bergen and Caroline A. E. Strömberg from the University of Washington and Burke Museum of Natural History and Culture, Seattle. 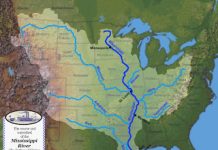 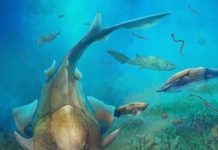 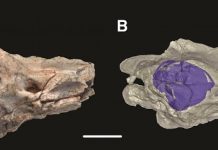 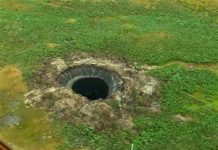