Cryolite (Na3[AlF6]), sodium hexafluoroaluminate) is an uncommon mineral identified with the once large deposit at Ivigtût on the west coast of Greenland, depleted by 1987.

It was historically used as an ore of aluminium and later in the electrolytic processing of the aluminium-rich oxide ore bauxite (itself a combination of aluminium oxide minerals such as gibbsite, boehmite and diaspore). The difficulty of separating aluminium from oxygen in the oxide ores was overcome by the use of cryolite as a flux to dissolve the oxide mineral(s).

Pure cryolite itself melts at 1012 °C (1285 K), and it can dissolve the aluminium oxides sufficiently well to allow easy extraction of the aluminium by electrolysis. Substantial energy is still needed for both heating the materials and the electrolysis, but it is much more energy-efficient than melting the oxides themselves. As natural cryolite is too rare to be used for this purpose, synthetic sodium aluminium fluoride is produced from the common mineral fluorite.

Cryolite occurs as glassy, colorless, white-reddish to gray-black prismatic monoclinic crystals. It has a Mohs hardness of 2.5 to 3 and a specific gravity of about 2.95 to 3.0. It is translucent to transparent with a very low refractive index of about 1.34, which is very close to that of water; thus if immersed in water, cryolite becomes essentially invisible.

Cryolite has also been reported at Pikes Peak, Colorado; Mont Saint-Hilaire, Quebec; and at Miass, Russia. It is also known in small quantities in Brazil, the Czech Republic, Namibia, Norway, Ukraine, and several American states.

Recommended For You  Cuprite

Cryolite was first described in 1799 from a deposit of it in Ivigtut and nearby Arsuk Fjord, Southwest Greenland. The name is derived from the Greek language words cryò = chill, and lithòs = stone. The Pennsylvania Salt Manufacturing Company used large amounts of cryolite to make caustic soda at its Natrona, Pennsylvania works during the 19th and 20th centuries. 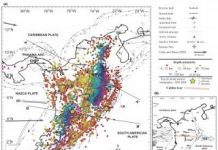 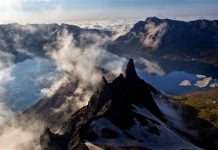 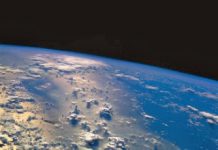 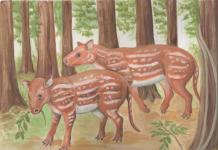