Research at the Faculty of Science and Technology of the University of the Basque Country (UPV/EHU), entitled ‘Detailed Correlation and Orbital Control of succession during the Upper Maastrichtian in the Basque-Cantabrian Basin’ and focusing on the last 3 million years of the Cretaceous period, managed to detail exactly the chronology of the climatic, magnetic and biological events prior to the great extinction of 66 million years ago (Ma.), which includes the disappearance of almost all dinosaurs (except birds).
The traditional method for establishing absolute chronological and geological events has been using radiometric dating methods, based on the decomposition of radioactive isotopes. This method, however, is only applicable with the intervals such isotopes have, so the ages of certain zones can only be estimated through interpolation.

As the title of the research suggests, the method applied by this research team was based on a different principle, concretely on what is known as orbital control, which analyses gravitational interactions between the Earth, the Moon, the Sun and the planets of the Solar System (principally Jupiter). These interactions produce periodic variations of the terrestrial orbit, known as Milankovitch cycles, in honour of the Serbian astrophysicist who discovered them. It is thus known that the terrestrial orbit varies with intervals of one hundred thousand and four hundred thousand years; the inclination or obliquity of Earth’s axis every forty thousand years; and the orientation of this axis in relation to the sun approximately every twenty thousand years.

“It has been shown that such orbital variations influence, to a greater or lesser degree, the Earth’s climate, due mainly to differences in solar radiation received by the planet. The variations of the terrestrial orbit, for example, also controlled the duration of the glacial periods during the Quaternary (from 2.6 Ma until today),” explained Victoriano Pujalte, Professor of Geology of the Faculty of Science and Technology at the UPV/EHU and co-author of the research.

Recommended For You  Adamite

The research focused on locating the effects that these astronomical cycles have had on the layers analysed, a Flysch-type succession (rock sequences of a sedimentary origin made up of alternating layers of hard calcareous rock with other, softer loams) accumulated on a deep-lying sea basin — the Basque Basin — between 69 and 66 Ma, and which today is exposed to the naked eye in cliffs at Sopelana (Bizkaia province), Zumaia (province of Gipuzkoa) and Hendaia (Lapurdi). Using the “Fourier analysis” (a mathematical tool to analyse periodic functions), it has been possible to identify cycles of 400,000, 100,000 and 20,000 years, represented “by successive alternations of a loamy layer and another calcareous one,” known as “pairs,” of which 125 have been identified and enumerated. This has enabled narrowing the layers of the emerging successions to stages of twenty thousand years. “On a human scale twenty thousand years may seem a long time. On a geological scale, however, it represents spectacular precision,” explained Mr. Pujalte.

Geology is a “historical science” and, as such, any advance enabling greater precision in the chronology of events represents significant progress. “This is what the purpose of our work has been: to establish the chronology, approximately, of the past three million years of this Cretaceous period, and which in future research will enable establishing the geological and oceanographic phenomena of such an interval with precision,” pointed out the Professor of Geology at the UPV/EHU Faculty of Science and Technology.

Note : The above story is based on materials provided by University of the Basque Country. 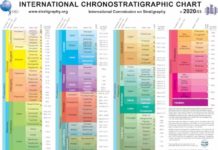 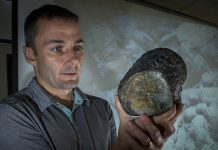 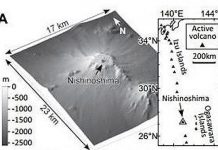 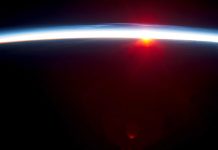 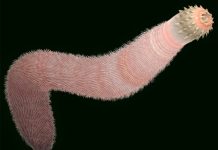