Pumping water underground at geothermal power plants can lead to dangerous earthquakes even in regions not prone to tremors, according to scientists. They say that quake risk should be factored into decisions about where to site geothermal plants and other drilling rigs where water is pumped underground – for example in shale gas fracking.
Prof Emily Brodsky, who led a study of earthquakes at a geothermal power plant in California, said: “For scientists to make themselves useful in this field we need to be able to tell operators how many gallons of water they can pump into the ground in a particular location and how many earthquakes that will produce.”

It is already known that pumping large quantities of water underground can induce minor earthquakes near to geothermal power generation and fracking sites. However, the new evidence reveals the potential for much larger earthquakes, of magnitude 4 or 5, related to the weakening of pre-existing undergrounds faults through increased fluid pressure.

The water injection appears to prime cracks in the rock, making them vulnerable to triggering by tremors from earthquakes thousands of miles away. Nicholas van der Elst, the lead author on one of three studies published on Thursday in the journal Science, said: “These fluids are driving faults to their tipping point.”

Prof Brodsky said they found a clear correlation between the amount of water extracted and injected into the ground, and the number of earthquakes.

The analysis of the Californian site showed that for a net injection of 500m gallons of water into the ground per month, there is an earthquake on average every 11 days.

“The problem is we can only predict how many earthquakes will occur but not their size and so with this knowledge then it has to be decided what is an acceptable size and frequency of earthquakes for a particular area,” said Brodsky.

Because of the increase in the exploitation of geothermal power for renewable energy, and hydraulic fracturing or “fracking” to release natural gas, it is important to understand the chances of a large earthquake occurring at these sites, particularly if they are in densely populated regions.

Another key feature of the research shows that sites experiencing sustained pumping of water into the ground for a period of decades or more are more susceptible to large tremors triggered by earthquakes occurring in other parts of the world.

Large earthquakes in Chile in 2010, Japan in 2011 and Sumatra in 2012 all set off mid-size tremors in the central United States near to sites of water injection, with the largest induced earthquake of magnitude 5.7 destroying 14 homes and injuring two people. Van der Elst said: “The remote triggering by big earthquakes is an indication the area is critically stressed.”

Heather Savage, a co-author on the same study said: “It is already accepted that when we have very large earthquakes seismic waves travel all over the globe, but even though the waves are small when they reach the other side of the world, they still shake faults. This can trigger seismicity in seismically active areas such as volcanoes where there is already a high fluid pressure. But this is the first time the same has been recognised for areas with anthropogenically induced high fluid pressure.”

Scientists map the exact location of faults that occur naturally over most of the Earth’s crust. However, there are many underground faults that do not intersect the Earth’s surface, some of which could be very large. The fear is that one of these previously inactive faults could be triggered. Van der Elst added: “It is an important subject for the future that we understand about the disposal of fluids as they arise from many processes.”

Rather than completely stopping the pumping of wastewater into the ground at geothermal plants, Prof Brodsky suggests that careful observation and analysis at each pumping site may help predict the chances of an earthquake.

Note : The above story is reprinted from materials provided by guardian.co.uk. The original article was written by Natalie Starkey 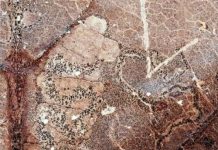 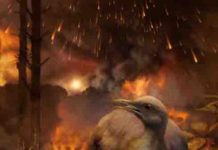 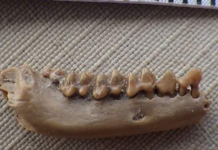