Thought to be the source of inspiration for unicorn paintings on prehistoric cave walls, the extinct genus of the Elasmotherium rhinoceros has always puzzled scientists, mostly because of a gap in the fossil record.

According to a new report from paleontologists at the Chinese Academy of Sciences in Beijing, a recently discovered skull of a Sinotherium lagrelii, a so-called tandem-horned rhino, has filled that gap.

“Morphological and phylogenetic analyses confirm that Sinotherium is a transitional (population) between Elasmotherium and other elasmotheres,” the Chinese researchers wrote in a report that appeared in the journal Chinese Science Bulletin.

Unlike other elasmotheres which had a weak or strong nasal horn, Elasmotherium had a massive, six-foot unicorn-like horn on its forehead. Found in the Late Miocene red clays of the Linxia Basin in northwestern China, the new skull was determined to be around 7 million years old and an intermediate stage between the two horn types.

Because previous fossils of S. lagrelii were only teeth or cranial and mandibular fragments, its horn morphology was completely unknown. Although the fossil has provided more information about where the species fits in taxonomically, researchers were not able to determine many details about its frontal horn, muddying the evolutionary picture somewhat. They said the species’ position in the evolutionary tree as one of transition is consistent with other related elasmotheres in this region of China.

According to the researchers, S. lagrelli’s elongated skull shape, facial structures, and wrinkled enamel allowed it to resist the abrasion of a high-fiber grass diet.

Paleontologists describe Sinotherium as a massive rhinoceros weighing up to 7.7 tons, making it heavier than the largest modern African white rhinos, which weigh in at about 3.5 to 4.0 tons. If the extinct rhino lived by the river, its size would mean regularly getting stuck in wet mud. This potential problem causes scientists to theorize that S. lagrelii lived in an open, semi-arid environment in northern China.

Stories of these unicorn-like rhinos are prominent throughout Chinese mythology. Known as k’i-lin, stories of the animal were supposedly adopted by Turkish and Mongolian cultures. Other unicorn-type creatures – some mythic, some possibly historical – are also found throughout ancient Chinese culture.

The elasmothere’s modern-day relatives continue to struggle in the face of threats from poaching and destruction of their habitat. According to South African officials, the number of rhinos killed since the start of 2013 has risen to 428. During the same time span, officials have arrested 122 individuals for rhino poaching. Officials said 57 were caught in the country’s Kruger National Park. Five people in possession of rhino horns were also arrested.

“On Sunday, Kruger National Park rangers made contact with a group of three poachers near Letaba,” a government spokesperson said. “One poacher was wounded during the shoot-out and later died of his wounds. The other poachers managed to escape.”

Kruger alone has lost 267 rhinos to poachers this year. One of the largest game reserves in Africa, the park’s anti-poaching unit consists of 650 rangers who employ automated movement sensors along the Mozambique border, drone helicopters, and a special dog unit to fend off poachers.

Note : The above story is reprinted from materials provided by Brett Smith for redOrbit 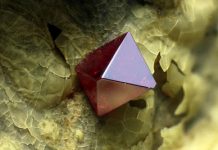 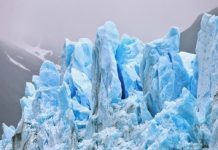 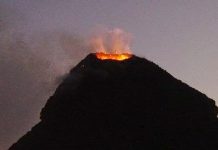 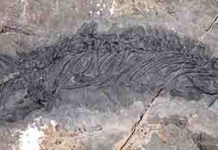