Scientists studying how early land vertebrates evolved from fishes long thought that the animals developed legs for moving around on land well before their feeding systems and dietary habits changed enough to let them eat a land-based diet, but strong evidence was lacking. Now, for the first time fossil jaw measurements by Philip Anderson at the University of Massachusetts Amherst and others have tested and statistically confirmed this lag.

“This pattern had been hypothesized previously, but not really tested. Now we’ve done that,” Anderson says. He and his team found that the mechanical properties of tetrapod jaws did not show significant adaptations to land-based feeding until some 40 to 80 million years after the four-legged creatures initially came out of the water. Until then, tetrapod jaws were still very fish-like, even though their owners had weight-bearing limbs and the ability to walk on land. Anderson says this finding suggests tetrapods may have shown a limited variety of feeding strategies in the early phases of their evolution on land.

“What it took to really initiate evolutionary changes in the jaw system was for these animals to start eating plants,” he says. For the study, published in an early online edition of the journal Integrative and Comparative Biology, Anderson and researchers Matt Friedman of the University of Oxford and Marcello Ruta of the University of Lincoln, U.K., examined images of 89 fossils of early tetrapods and their fish-like forebears. The fossils ranged in age from about 400 to 300 million years old. Anderson and his team were interested in how the jaws of these fossilized animals differed through time.

Recommended For You  Mammoth exhibit highlights the 'unfolding process of discovery'

They used 10 biomechanical metrics to describe jaw differences. One of these, called mechanical advantage, measured how much force an animal can transfer to its bite. Anderson points out that while fossils can’t tell you what an animal actually ate, scientists can infer potential feeding behavior from fossilized evidence of biomechanical tools like jaws. The researchers compared jaw features from the fossil record and calculated the rates at which jaws evolved.

“The basic result was that it took a while for these animals to adapt their jaws for a land-based diet,” Anderson says. “They stayed essentially fish-like for a long time.”

It turns out that just moving into a new environment is not always enough to trigger functional adaptations. In their paper, the authors say the results may be explained by an earlier hypothesis: A shift from gilled to lung breathing in later tetrapod groups was necessary before they could devote their jaw structure to eating plants.

Anderson says the statistical methods they developed for this work could be used in future studies of more subtle biomechanical patterns in fossil animals that may not be initially clear.

Note : The above story is reprinted from materials provided by University of Massachusetts Amherst. 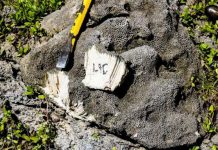 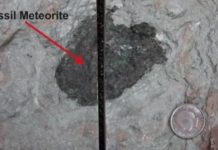 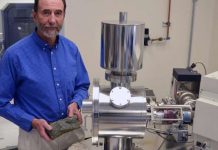