For over 20 years, archeologists have been recovering an unusually high number of large carnivore fossils from a cave near Madrid, Spain. According to a new report in the open access journal PLOS ONE, the saber-toothed cat, hyena and red panda ancestor remains found at the site are the result of these animals purposely wandering into the cave and then becoming trapped under mysterious conditions between 9 and 10 million years ago.

Fossils at the cave were first discovered in 1991, and archeologists subsequently uncovered over 18,000 fossils between 1991 and 2008 during two major excavations. Many theories have attempted to explain why such a large number of predator remains have been found in one location. These theories have included the animals falling into the cave and dying, carcasses being washed into the cave by water, and entrapment by an apex predator.

Another bizarre aspect of the site is the near absence of any herbivores, as about 98 percent of the fossils recovered are meat-eaters.

To examine potential causes of death, the Spanish and American researchers examined the geologic history of the cave, the age of the cave fossils, and the time frame of the animals’ demises. They started by looking into the fossilization process of over 6,700 preserved bones from different archeological levels in the cave.

By looking at the types of animals recovered, where the fossils were found, and the lack of fractured bones, the researchers concluded that the animals probably decided to enter the cave in search of prey and became unable to make their way out.

Recommended For You  Calcification: Does it pay off in the future ocean?

“Most probably, carnivores got trapped and remained alive for some time,” the authors wrote. “Also, it is possible that carnivores were searching for water during drought periods and not necessarily for food.”

As the millennia passed, layers of sediment poured into the cave – covering up the animal remains and eventually filling in the cave. The researchers said this would explain why the cave’s ‘window of death’ only covers a certain time span.

The team also noted that fossils in this site are well preserved, most likely as a result of their deposition in the isolated and protective environment of the chamber.

In their conclusion, the team advocated further study of both the cave and the fossils that have been found there.

“Further research is needed in order to ascertain the causes of death of carnivorans inside the cavity but exhaustion, hypothermia or poisoning from drinking water or toxic gases are options to consider,” they wrote.

The team, which included Spanish researchers from the Museo Nacional de Ciencias Naturales-Consejo Superior de Investigaciones Científicas in Madrid, was led by M. Soledad Domingo, a paleontologist from the University of Michigan.

Note: This story has been adapted from a news release issued by Brett Smith for redOrbit 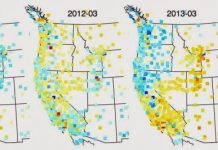 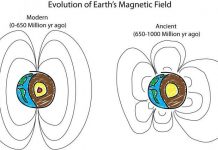 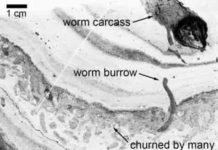 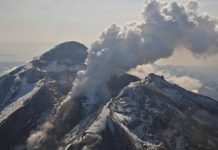