A scientist has discovered an ancient extinct creature with ‘scissor hand-like’ claws in fossil records and has named it in honour of his favourite movie star.

The 505 million year old fossil called Kooteninchela deppi (pronounced Koo-ten-ee-che-la depp-eye), which is a distant ancestor of lobsters and scorpions, was named after the actor Johnny Depp for his starring role as Edward Scissorhands — a movie about an artificial man named Edward, an unfinished creation, who has scissors for hands.
Kooteninchela deppi is helping researchers to piece together more information about life on Earth during the Cambrian period when nearly all modern animal types emerged.

David Legg, who carried out the research as part of his PhD in the Department of Earth Science and Engineering at Imperial College London, says:

“When I first saw the pair of isolated claws in the fossil records of this species I could not help but think of Edward Scissorhands. Even the genus name, Kootenichela, includes the reference to this film as ‘chela’ is Latin for claws or scissors. In truth, I am also a bit of a Depp fan and so what better way to honour the man than to immortalise him as an ancient creature that once roamed the sea?”

Kooteninchela deppi lived in very shallow seas, similar to modern coastal environments, off the cost of British Columbia in Canada, which was situated much closer to the equator 500 million years ago. The sea temperature would have been much hotter than it is today and although coral reefs had not yet been established, Kooteninchela deppi would have lived in a similar environment consisting of sponges.

The researcher believes that Kooteninchela deppi would have been a hunter or scavenger. Its large Edward Scissorhands-like claws with their elongated spines may have been used to capture prey, or they could have helped it to probe the sea floor looking for sea creatures hiding in sediment.

Kooteninchela deppi was approximately four centimetres long with an elongated trunk for a body and millipede-like legs, which it used to scuttle along the sea floor with the occasional short swim.

It also had large eyes composed of many lenses like the compound eyes of a fly. They were positioned on top of movable stalks called peduncles to help it more easily search for food and look out for predators.

David Legg adds: “Just imagine it: the prawns covered in mayonnaise in your sandwich, the spider climbing up your wall and even the fly that has been banging into your window and annoyingly flying into your face are all descendants of Kooteninchela deppi. Current estimates indicate that there are more than one million known insects and potentially 10 million more yet to be categorised, which potentially means that Kooteninchela Deppi has a huge family tree.”

The research was published in the Journal of Palaeontology 2 May 2013.

Note : The above story is reprinted from materials provided by Imperial College London. The original article was written by Colin Smith. 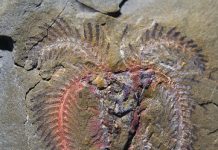 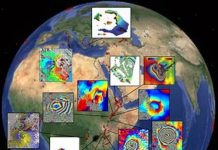 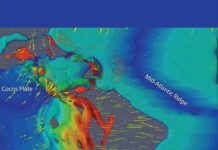 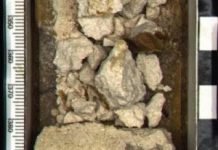